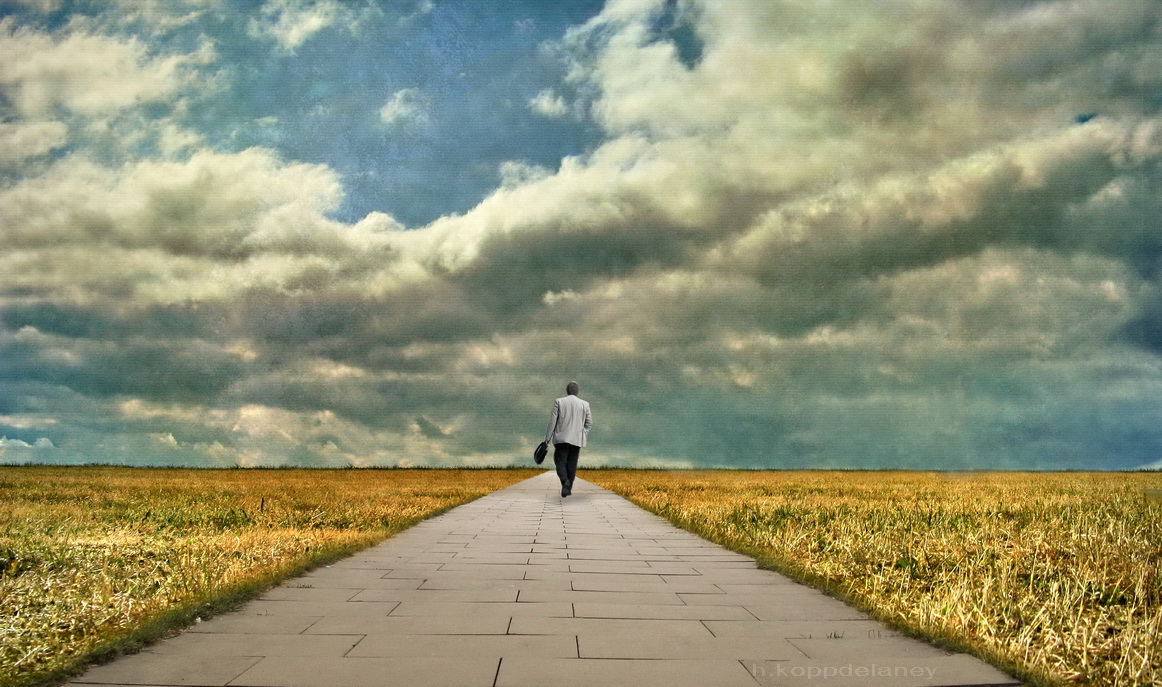 I have noticed that some readers continue to find my argument about the illusoriness of free will difficult to accept. Apart from religious believers who simply “know” that they have free will and that life would be meaningless without it, my most energetic critics seem to be fans of my friend Dan Dennett’s account of the subject, as laid out in his books Elbow Room and Freedom Evolves and in his public talks. As I mention in Free Will, I don’t happen to agree with Dan’s approach, but rather than argue with him at length in a very short book, I decided to simply present my own view. I am hopeful that Dan and I will have a public discussion about these matters at some point in the future.

Dan and I agree on several fundamental points: The conventional (libertarian) idea of free will makes no sense and cannot be brought into register with our scientific picture of the world. We also agree that determinism need not imply fatalism and that indeterminism would give us no more freedom than we would have in a deterministic universe.

These points of agreement can be easily illustrated: Imagine that I want to learn Mandarin. I attend classes, hire a native-speaking tutor, and vacation in China. My efforts in this regard, should they persist, will be the cause of my speaking Mandarin (badly, no doubt) at some point in the future. It’s not that I was destined to speak Mandarin regardless of my thoughts and actions. Choice, reasoning, discipline, etc., play important roles in our lives despite the fact that they are determined by prior causes—and adding a measure of randomness to this clockwork, however spooky, would do nothing to accentuate their powers.

Biological evolution and cultural progress have increased people’s ability to get what they want out of life and to avoid what they don’t want. A person who can reason effectively, plan for the future, choose his words carefully, regulate his negative emotions, play fair with strangers, and partake of the wisdom of various cultural institutions is very different from a person who cannot do these things. Dan and I fully agree on this point. However, I think it is important to emphasize that these abilities do not lend credence to the traditional idea of free will. And, unlike Dan, I believe that popular confusion on this point is worth lingering over, because certain moral impulses—for vengeance, say—depend upon a view of human agency that is both conceptually incoherent and empirically false. I also believe that the conventional illusion of free will can be dispelled—not merely ignored, tinkered with, or set on new foundations. I do not know whether Dan agrees with this final point or not.

Fans of Dan’s account—and there are many—seem to miss my primary purpose in writing about free will. My goal is to show how the traditional notion is flawed, and to point out the consequences of our being taken in by it. Whenever Dan discusses free will, he bypasses the traditional idea and offers a revised version that he believes to be the only one “worth wanting.” Dan insists that this conceptual refinement is a great strength of his approach, analogous to other maneuvers in science and philosophy that allow us to get past how things seem so that we can discover how they actually are. I do not agree. From my point of view, he has simply changed the subject in a way that either confuses people or lets them off the hook too easily.

It is true that how things seem is often misleading, and popular beliefs about physical and mental processes do not always map smoothly onto reality. Consider the phenomenon of color: At the level of conscious perception, objects appear to come in a variety of colors, but we now know that colors do not exist “out there” in the way they seem to. Explaining our experience of color in terms of the color-free facts of physics and neurophysiology requires that we make a few adjustments in our thinking—but this doesn’t mean color is merely “an illusion.” Rather, it must be understood in terms of lower-level facts that are not themselves “colored.”

Nothing changes at the level of our vision when we understand what color really is—and we can still talk about “blue skies” and “red apples” without any sense of contradiction. There are certain anomalies to be reconciled (for instance, two objects reflecting light at the same wavelength can appear to be different colors depending on the context), but we are not mistaken in believing that we see red apples and blue skies. We really do experience the world this way, and one job of vision science is to tell us why.

Dan seems to think that free will is like color: People might have some erroneous beliefs about it, but the experience of freedom and its attendant moral responsibilities can be understood in a similarly straightforward way through science. I think that free will is an illusion and that analogies to phenomena like color do not run through. A better analogy, also taken from the domain of vision, would liken free will to the sense that most of us have of visual continuity.

Take a moment to survey your immediate surroundings. Your experience of seeing will probably seem unified—a single field in which everything appears all at once and seamlessly. But the act of seeing is not quite what it seems. The first thing to notice is that most of what you see in every instant is a blur, because you have only a narrow region of sharp focus in the center of your visual field. This area of foveal vision is also where you perceive colors most clearly; your ability to distinguish one color from another falls away completely as you reach the periphery in each eye. You continuously compensate for these limitations by allowing your gaze to lurch from point to point (executing what are known as “saccades”), but you tend not to notice these movements. Nor are you aware that your visual perception appears interrupted while your eyes are moving (otherwise you would see a continuous blurring of the scene). It was once believed that saccades caused the active suppression of vision, but recent experiments suggest that the post-saccadic image (i.e. whatever you next focus on) probably just masks the preceding blur.

There is also a region in each visual field where you receive no input at all, because the optic nerve creates a blind spot where it passes through the retina. Many of us learned to perceive the subjective consequences of this unintelligent design as children, by marking a piece of paper, closing one eye, and then moving the paper into a position where the mark disappeared. Close one eye now and look out at the world: You will probably not notice your blind spot—and yet, if you are in a crowded room, someone could well be missing his head. Most people are surely unaware that the optic blind spot exists, and even those of us who know about it can go for decades without noticing it.

While color vision survives close inspection, our conventional sense of visual continuity does not. The impression we have of seeing everything all at once, clearly, and without interruption is based on our not paying close attention to what it is like to see. I argue that the illusory nature of free will can also be noticed in this way. As with the illusion of visual continuity, the evidence of our confusion is neither far away nor deep within; rather, it is right on the surface of experience, almost too near to us to be seen.

Of course, we could take Dan’s approach and adjust the notion of “continuity” so that it better reflected the properties of human vision, giving us a new concept of seamless visual perception that is “worth wanting.” But if erroneous beliefs about visual continuity caused drivers to regularly mow down pedestrians and police sharpshooters to accidentally kill hostages, merely changing the meaning of “continuity” would not do. I believe that this is the situation we are in with the illusion of free will: False beliefs about human freedom skew our moral intuitions and anchor our system of criminal justice to a primitive ethic of retribution. And as we continue to make advances in understanding the human mind through science, our current practices will come to seem even less enlightened.

Ordinary people want to feel philosophically justified in hating evildoers and viewing them as the ultimate authors of their evil. This moral attitude has always been vulnerable to our learning more about the causes of human behavior—and in situations where the origins of a person’s actions become absolutely clear, our feelings about his responsibility begin to change. What is more, they should change. We should admit that a person is unlucky to inherit the genes and life experience that will doom him to psychopathy. That doesn’t mean we can’t lock him up, or kill him in self-defense, but hating him is not rational, given a complete understanding of how he came to be who he is. Natural, yes; rational, no. Feeling compassion for him would be rational, however—or so I have argued.

We can acknowledge the difference between voluntary and involuntary action, the responsibilities of an adult and those of a child, sanity and insanity, a troubled conscience and a clear one, without indulging the illusion of free will. We can also admit that in certain contexts, punishment might be the best way to motivate people to behave themselves. The utility of punishment is an empirical question that is well worth answering—and nothing in my account of free will requires that I deny this.

How can we ask that other people behave themselves (and even punish them for not behaving) when they are not the ultimate cause of their actions? We can (and should) make such demands when doing so has the desired effect—namely, increasing the well-being of all concerned. The demands we place upon one another are part of the totality of causes that determine human behavior. Making such demands on children, for instance, is a necessary part of their learning to regulate their selfish impulses and function in society. We need not imagine that children possess free will to value the difference between a child who is considerate of the feelings of others and one who behaves like a wild animal.

In Free Will, I argue that people are mistaken in believing that they are free in the usual sense. I claim that this realization has consequences—good ones, for the most part—and for that reason we should not gloss over it by revising our definition of “free will” too quickly. Dan believes that his adjustment of the concept has allowed him to provide a description of human agency and moral responsibility that preserves many of our intuitions about ourselves and still fits the facts. I agree, for the most part, but I think that other problems need to be solved. That is why I have focused on the scope and consequences of popular confusion. Dan does not appear to see this confusion the way I do: Either he doesn’t agree about its scope or he doesn’t see the same consequences. But, again, I am hopeful we will be able to sort out our differences in the future…