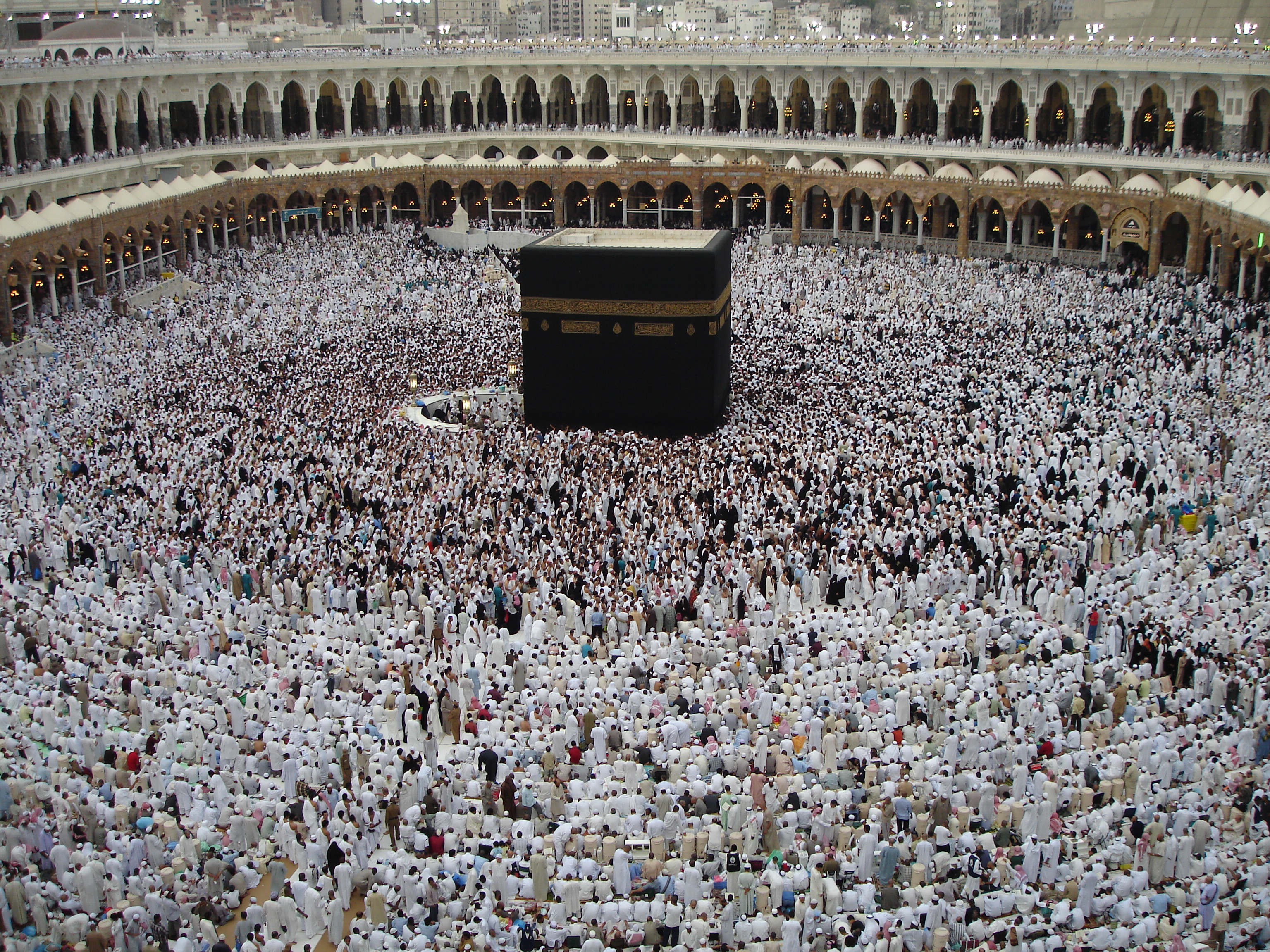 I have long struggled to understand how smart, well-educated liberals can fail to perceive the unique dangers of Islam. In The End of Faith, I argued that such people don’t know what it’s like to really believe in God or Paradise—and hence imagine that no one else actually does. The symptoms of this blindness can be quite shocking. For instance, I once ran into the anthropologist Scott Atran after he had delivered one of his preening and delusional lectures on the origins of jihadist terrorism. According to Atran, people who decapitate journalists, filmmakers, and aid workers to cries of “Alahu akbar!” or blow themselves up in crowds of innocents are led to misbehave this way not because of their deeply held beliefs about jihad and martyrdom but because of their experience of male bonding in soccer clubs and barbershops. (Really.) So I asked Atran directly:

“Are you saying that no Muslim suicide bomber has ever blown himself up with the expectation of getting into Paradise?”

“Yes,” he said, “that’s what I’m saying. No one believes in Paradise.”

At a moment like this, it is impossible to know whether one is in the presence of mental illness or a terminal case of intellectual dishonesty. Atran’s belief—apparently shared by many people—is so at odds with what can be reasonably understood from the statements and actions of jihadists that it admits of no response. The notion that no one believes in Paradise is far crazier than a belief in Paradise.

But there are deeper ironies to be found here. Whenever I criticize Islam, I am attacked for my purported failure to empathize with Muslims throughout the world—both the peaceful billion, who are blameless, and the radicals, whose legitimate political grievances and social ties cause them to act out in regrettable ways. Consider this standard calumny from Glenn Greenwald:

How anyone can read any of these passages and object to claims that Harris’ worldview is grounded in deep anti-Muslim animus is staggering. He is at least as tribal, jingoistic, and provincial as those he condemns for those human failings, as he constantly hails the nobility of his side while demeaning those Others.

The irony is that it is the secular liberals like Greenwald who are lacking in empathy. As I have pointed out many times before, they fail to empathize with the primary victims of Islam—the millions of Muslim women, freethinkers, homosexuals, and apostates who suffer most under the taboos and delusions of this faith. But secular liberals also fail to understand and empathize with the devout.

Let us see where the path of empathy actually leads…

First, by way of putting my own empathy on my sleeve, let me say a few things that will most likely surprise many of my readers. Despite my antipathy for the doctrine of Islam, I think the Muslim call to prayer is one of the most beautiful sounds on earth. Take a moment to listen:

I find this ritual deeply moving—and I am prepared to say that if you don’t, you are missing something. At a minimum, you are failing to understand how devout Muslims feel when they hear this. I think everything about the call to prayer is glorious—apart from the fact that, judging by the contents of the Koran, the God we are being asked to supplicate is evil and almost surely fictional. Nevertheless, if this same mode of worship were directed at the beauty of the cosmos and the mystery of consciousness, few things would please me more than a minaret at dawn.

I also love the poetry of Rumi, and Nusrat Fateh Ali Khan is one of my favorite musicians of all time. True, both of these men were Sufis—and Sufism is reviled as heresy throughout much of the Muslim world. But I expect that many of the people who attack me as an anti-Muslim bigot will be surprised to learn that I love these products of (nominally) Muslim religious devotion more than most other forms of art. If you have never heard Nusrat Fateh Ali Khan, you owe it to yourself to listen:

I also have no problem with spiritual devotion, ecstasy, and awe—in fact, I think they are among the most important experiences a human being can have. I just object to the incredible ideas that surround such experiences in every church, synagogue, and mosque. I also worry that certain religious beliefs make devotion, ecstasy, and awe both divisive and dangerous. Again, my tolerance for difference is much higher than my critics understand. I’m not a scared white guy who is put off by the howls of the natives. In fact, I’ve done a fair amount of howling with the natives myself. I know what these people are experiencing, and I value many of the same experiences.

To see the world through my eyes—or to realize why you do not—watch at least a few minutes of each of the following videos.

I know that many readers will view the scene depicted above as an example of disturbingly irrational, mob behavior. Are these people crazy? No. These are Turkish Sufis chanting the Zikr. I have done this practice—not in such a crowded and colorful context—but I understand what these people are up to from the inside. And I know contemplative rituals of this kind can be extremely rewarding. Here’s another example, of a sort more reminiscent of my own experience:

I find this sort of chanting beautiful—and I know how good it feels to do it for hours at a stretch, even all night. Here is the practice in a Hindu context:

It is true that I’m more comfortable with what the Hindus are doing here, because they are expressing their devotion to God in the form of a Divine Lover, and their feelings of religious ecstasy are explicitly channeled in that direction. There is no evidence that Lord Krishna exists, of course, but we needn’t worry about whether any of these people are fans of global jihad.

Unlike many of my critics, I recognize that these practices profoundly affect people. In fact, I’ve spent thousands of hours doing practices of this kind. I am not even slightly scared of “the Other.” I love the Other—I love his food, music, and architecture, and I even share his spiritual concerns. That is why when I see something like this, I fear for the future of civilization:

Watch the entire video with your full attention. If you cannot feel the haunting beauty of this recitation, if it is inexplicable to you that people can be moved to tears by the mere sound of these verses, then you are not in contact with the data. Indeed, if you don’t understand how someone could be willing to die to defend the legitimacy of such an experience, you are very poorly placed to understand the problem of Islam.

This video has everything: the power of ritual and the power of the crowd; tears of devotion and a lust for vengeance. How many of the people in that mosque are jihadists? I have no idea—perhaps none. But their spiritual aspirations and deepest positive emotions—love, devotion, compassion, bliss, awe—are being focused through the lens of sectarian hatred and humiliation. Read every word of the translation so that you understand what these devout people are weeping over. Their ecstasy is inseparable from the certainty that nonbelievers will be punished in hellfire. Is this some weird distortion of the true teachings of Islam? No. This is a recitation from the Koran articulating its central message. The video has over 2 million views on YouTube. It was posted by someone who promised his fellow Muslims that they, too, would weep tears of devotion upon seeing it. The reciter is Sheikh Mishary bin Rashid Alafasy of Kuwait. He has as many Twitter followers as Jerry Seinfeld and J.K. Rowling (2 million). In doctrinal terms, this is not the fringe of Islam. It is the center.

Islam marries religious ecstasy, sectarian hatred, and a triumphalist expectation of world conquest in a way that other religions do not. Secular liberals who worry more about “Islamophobia” than about the actual doctrine of Islam are guilty of a failure of empathy. They fail not just with respect to the experience of millions of less committed Muslims who are treated like slaves and criminals by this religion, but with respect to the inner lives of its true believers. Most secular people cannot begin to imagine what a (truly) devout Muslim feels. They are blind to the range of experiences that would cause an otherwise intelligent and psychologically healthy person to say, “I will happily die for this.” Unless you have tasted religious ecstasy, you cannot understand the danger of its being pointed in the wrong direction.