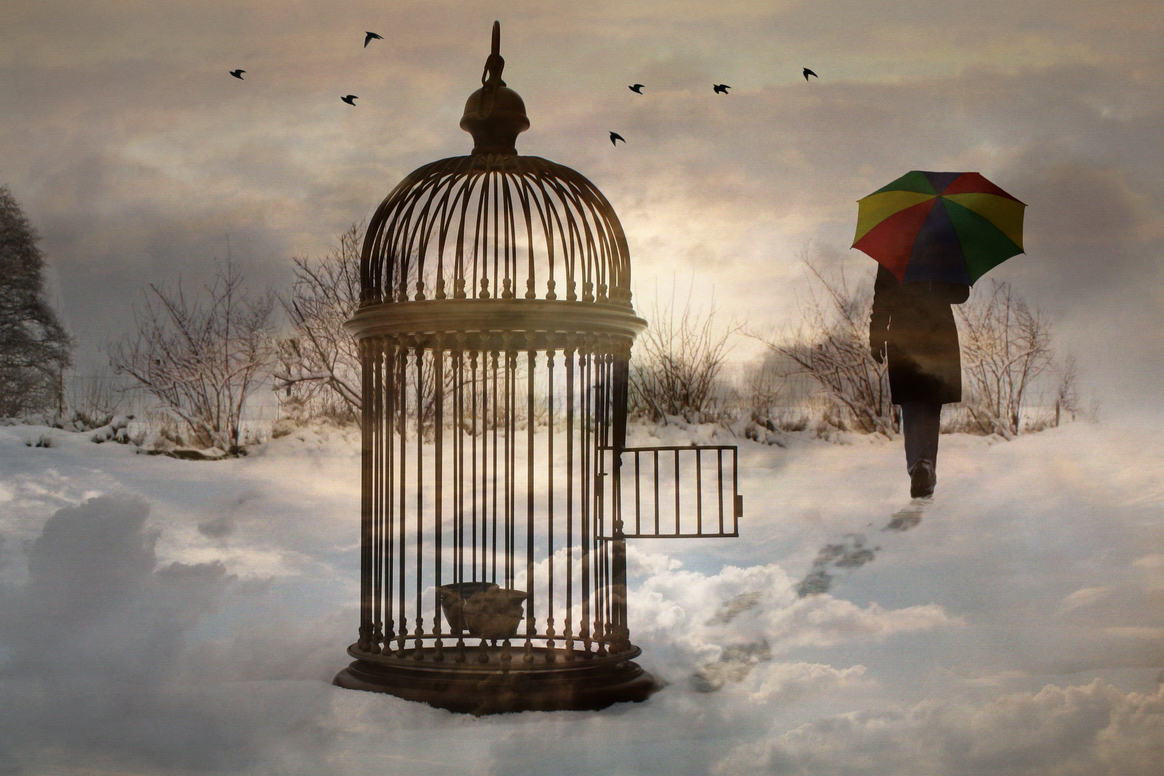 Tim Prowse was a United Methodist pastor for almost 20 years, serving churches in Missouri and Indiana. Tim earned a B.A. from East Texas Baptist University, a Master of Divinity (M.Div) from Saint Paul School of Theology in Kansas City, Missouri, and a Doctor of Ministry (D.Min) from Chicago Theological Seminary. Acknowledging his unbelief, Tim left his faith and career in 2011. He currently lives in Indiana. He was kind enough to discuss his experience of leaving the ministry with me by email.

Can you describe the process by which you lost your belief in the teachings of your Church?

An interesting thing happened while I was studying at East Texas Baptist University: I was told not to read Rudolf Bultmann. I asked myself: Why? What were they protecting me from? I picked up Bultmann’s work, and that decision is the catalyst that ultimately paved the road to today. Throughout my educational journey, which culminated in an Ordination from the United Methodist Church where I’ve served for seventeen years, I’ve continued to ask the question “Why?”

Ironically, it was seminary that inaugurated my leap of unfaith.  It was so much easier to believe when living in an uncritical, unquestioning, naïve state.  Seminary training with its demands for rigorous and intentional study and reflection coupled with its values of reason and critical inquiry began to undermine my naïveté.  I discovered theologians, philosophers and authors I never knew existed.  I found their questions stimulating but their answers often unsatisfying. For example, the Bible is rife with vileness evidenced by stories of sexual exploitation, mass murder and arbitrary mayhem.  How do we harmonize this fact with the conception of an all-loving, all-knowing God? While many have undertaken to answer this question even in erudite fashion, I found their answers lacking. Once I concluded that the Bible was a thoroughly human product and the God it purports does not exist, other church teachings, such as communion and baptism, unraveled rather quickly.  To quote Nietzsche, I was seeing through a different “perspective” – a perspective based on critical thinking, reason and deduction.  By honing these skills over time, reason and critical thinking became my primary tools and faith quickly diminished. Ultimately, these tools led to the undoing of my faith rather than the strengthening of it.

It sounds like you lost your faith in the process of becoming a minister—or did you go back and forth for some years? How long did you serve as a minister, and how much of this time was spent riven by doubt?

I didn’t lose faith entirely during the ministerial process, although a simmering struggle between faith and doubt was clearly evident.  This simmering would boil occasionally throughout my seventeen-year career, but any vacillations I experienced were easily suppressed, and faith would triumph, albeit, for non-religious reasons.  Besides the money, time, and energy I had invested during the process, familial responsibilities deterred any decisions to alter course.  These faithful triumphs were ephemeral and I found myself living in constant intellectual and emotional turmoil. By not repudiating my career, I could not escape the feeling I was living a lie. I continued to juggle this stressful dichotomy to the point of being totally miserable. Only recently have I succumbed to the doubt that has always undergirded my faith journey.

After I read your book, The End of Faith, I could no longer suppress my unbelief.  Since I’d never felt comfortable in clergy garb and refused to accept a first-century worldview, your book helped me see that religion could no longer be an instrument of meaning in my life. I’m sad to say, Sam, this conclusion did not result in an immediate career change.  I didn’t break from the church immediately, but rather feigned belief for two more years.

If you could go back in time and reason with your former self, what could you say that might have broken the spell sooner?

I would tell myself to ask questions, to read the text, to wonder, to explore the nuances, to take seriously my intuition and abilities to debate.  I’d tell myself to listen to what is actually being said with critical and reasoning ears.  I’d tell myself to substitute “Invisible Friend” for “God” every time I encountered the word and notice how ridiculous the rhetoric sounds from grown-ups. I would challenge myself to be more skeptical, to study science.  I’d tell myself to find joy in life – it’s the only one you are going to get – don’t waste a second.

Believers often allege that there is a deep connection between faith and morality. For instance, when I debated Rick Warren, he said that if he did not believe in God, he wouldn’t have any reason to behave ethically. You’ve lived on both sides of the faith continuum. I’m wondering if you felt any associated change in your morality, for better or worse.

I’d be interested to know what behaviors or impulses God is deterring Rick Warren from acting upon. I doubt very seriously if “God’s goodness” evaporated tomorrow, Warren would begin robbing banks, raping children, or murdering his neighbors!  These types of statements, while common, are fallacious in my opinion.  When Rick Warren uses God as his reason for being good, he is not using God in a general sense.  He isn’t referring to Thor, Neptune, or Isis, either.

One can find a few biblical passages that do promote “goodness” to use Rick Warren’s term, but only by cherry picking them and avoiding the numerous passages that are appalling, offensive and destructive.

Since God is nothing more than our creation and projection, any talk of God is our reflection looking back at us.  Hence, our morality begins with us anyway. My morality hasn’t changed for the worse since I left the faith.  If anything, it is much more honest because I am forced to consider what is really going on in ethical decisions.  Family, culture, beliefs and values, genetic tendencies, all play a role in shaping morality, but I’m not arguing an extreme relativism.  While I do give credence to certain cultural influences on determining right and wrong, I believe that some issues are universal.  Which is why, unless Rick Warren is truly demented, he wouldn’t begin doing heinous acts if his faith evaporated tomorrow, and if he did, it would be more the result of mental illness than lack of faith.

Did you ever discuss your doubts with your fellow clergy or parishioners? Did you encounter other ministers who shared your predicament (some can be found at http://clergyproject.org/)? And what happened when you finally expressed your unbelief to others?

As an active minister, I did not discuss my atheism with colleagues or parishioners. Facing lost wages, housing and benefits, I chose to remain silent.  However, I did confide in my wife who provided a level of trust, understanding, and support that proved invaluable. Unfortunately, some ministers do not enjoy mature confidants.  Some have lost marriages and partners, friends and family, leaving them with feelings of isolation and abandonment.  Hence, many continue living in estrangement, uncertain where to turn or who to trust, waiting for their lives to be completely upended when the truth finally is discovered.

This is why the Clergy Project is so important.  It provides an invaluable resource of support for current and former clergy who are atheists.  It is a safe and anonymous place to discuss the issues atheist clergy encounter while providing encouragement and support that is genuine and heartfelt. It greatly eases the desperation and uncertainty of where to turn or who to trust!  I’ve been a member of the Clergy Project since July 2011, and it prepared me well for the responses to expect from friends and family during my post-clergy conversations. So far, I have not been surprised by the responses I’ve received nor have I lost any significant relationships due to my professed atheism, but time will tell.

It is nice to hear that your exit from the ministry has been comparatively smooth. What will you do next?

Repudiating my ordination and leaving faith behind was much smoother than I had anticipated.  Ironically, something I had worked years to accomplish ended in a matter of minutes.  When I slid my ordination certificates across a Bob Evan’s tabletop to my District Superintendent, I was greatly relieved.  The lie was over.  I was free.  This freedom does not come without consternation, however.

Fortunately, a dear friend helped my family by offering their second home to rent at a very reasonable price.  Another dear friend has procured a sales job for me in her company.  While housing and employment have been provided in the short term, long term my future is much more uncertain.  Ideally, I’d love to write and lecture on my experiences; especially concerning the negative impacts faith and church have on individuals and societies. I’d love to write a novel.

I do not have visions of grandeur, however.  If the rest of my life is spent just being a regular “Joe” that will be fine by me.  I have a wonderful family and a few good friends.  My heart and mind are at ease.  I’m healthier now than I’ve been in years and tomorrow looks bright.  For the first time in my life, I’m living. Truly living, Sam.