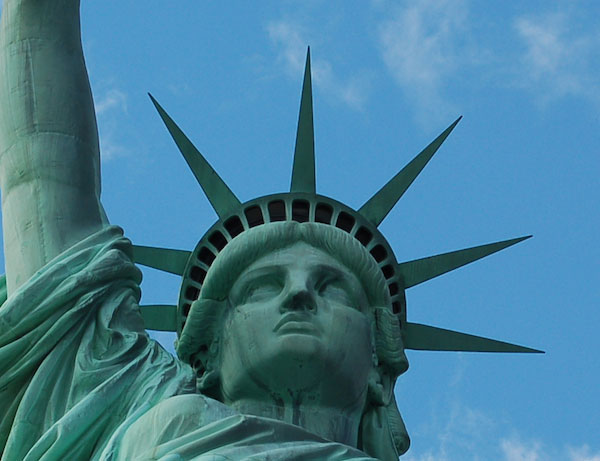 The latest wave of Muslim hysteria and violence has now spread to over twenty countries. The walls of our embassies and consulates have been breached, their precincts abandoned to triumphant mobs, and many people have been murdered—all in response to an unwatchable Internet video titled Innocence of Muslims. Whether over a film, a cartoon, a novel, a beauty pageant, or an inauspiciously named teddy bear, the coming eruption of pious rage is now as predictable as the dawn. This is already an old and boring story about old, boring, and deadly ideas. And I fear it will be with us for the rest of our lives.

Our panic and moral confusion were at first sublimated in attacks upon the hapless Governor Romney. I am no fan of Romney’s, and I would find the prospect of his presidency risible if it were not so depressing, but he did accurately detect the first bleats of fear in the Obama administration’s reaction to this crisis. Romney got the timing of events wrong—confusing, as many did, a statement made by the U.S. Embassy in Cairo for an official government response to the murder of Americans in Libya. But the truth is that the White House struck the same note of apology, disavowing the offending speech while claiming to protect free speech in principle. It may seem a small detail, given the heat of the moment—but so is a quivering lip.

Our government followed the path of appeasement further by attempting to silence the irrepressible crackpot Pastor Terry Jones, who had left off burning copies of the Qur’an just long enough to promote the film. The administration also requested that Google remove Innocence of Muslims from its servers. These maneuvers attest to one of two psychological and diplomatic realities: Either our government is unwilling to address the problem at hand, or the problem is so vast and terrifying that we have decided to placate the barbarians at the gate.

The contagion of moral cowardice followed its usual course, wherein liberal journalists and pundits began to reconsider our most basic freedoms in light of the sadomasochistic fury known as “religious sensitivity” among Muslims. Contributors to The New York Times and NPR spoke of the need to find a balance between free speech and freedom of religion—as though the latter could possibly be infringed by a YouTube video. As predictable as Muslim bullying has become, the moral confusion of secular liberals appears to be part of the same clockwork.

Consider what is actually happening: Some percentage of the world’s Muslims—Five percent? Fifteen? Fifty? It’s not yet clear—are demanding that all non-Muslims conform to the strictures of Islamic law. And where they do not immediately resort to violence in their protests, they threaten it. Carrying a sign that reads “Behead Those Who Insult the Prophet” may still count as an example of peaceful protest, but it is also an assurance that infidel blood would be shed if the imbecile holding the placard only had more power. This grotesque promise is, of course, fulfilled in nearly every Muslim society. To make a film like Innocence of Muslims anywhere in the Middle East would be as sure a method of suicide as the laws of physics allow.

What exactly was in the film? Who made it? What were their motives? Was Muhammad really depicted? Was that a Qur’an burning, or some other book? Questions of this kind are obscene. Here is where the line must be drawn and defended without apology: We are free to burn the Qur’an or any other book, and to criticize Muhammad or any other human being. Let no one forget it.

At moments like this, we inevitably hear—from people who don’t know what it’s like to believe in paradise—that religion is just a way of channeling popular unrest. The true source of the problem can be found in the history of Western aggression in the region. It is our policies, rather than our freedoms, that they hate. I believe that the future of liberalism—and much else—depends on our overcoming this ruinous self-deception.  Religion only works as a pretext for political violence because many millions of people actually believe what they say they believe: that imaginary crimes like blasphemy and apostasy are killing offenses.

Most secular liberals think that all religions are the same, and they consider any suggestion to the contrary a sign of bigotry. Somehow, this article of faith survives daily disconfirmation. Our language is largely to blame for this. As I have pointed out on many occasions, “religion” is a term like “sports”: Some sports are peaceful but spectacularly dangerous (“free solo” rock climbing, street luge); some are safer but synonymous with violence (boxing, mixed martial arts); and some entail no more risk of serious injury than standing in the shower (bowling, badminton). To speak of “sports” as a generic activity makes it impossible to discuss what athletes actually do, or the physical attributes required to do it. What do all sports have in common, apart from breathing? Not much. The term “religion” is scarcely more useful.

Consider Mormonism: Many of my fellow liberals would consider it morally indecent to count Romney’s faith against him. In their view, Mormonism must be just like every other religion. The truth, however, is that the Church of Jesus Christ of Latter-day Saints has more than its fair share of quirks. For instance, its doctrine was explicitly racist until 1978, at which point God apparently changed his mind about black people (a few years after Archie Bunker did) and recommended that they be granted the full range of sacraments and religious responsibilities. By this time, Romney had been an adult and an exceptionally energetic member of his church for more than a decade.

Unlike the founders of most religions, about whom very little is known, Mormonism is the product of the plagiarisms and confabulations of an obvious con man, Joseph Smith, whose adventures among the credulous were consummated (in every sense) in the full, unsentimental glare of history. Given how much we know about Smith, it is harder to be a Mormon than it is to be a Christian. A firmer embrace of the preposterous is required—and the fact that Romney can manage it says something about him, just as it would if he were a Scientologist proposing to park his E-meter in the Oval Office. The spectrum between rational belief and self-serving delusion has some obvious increments: It is one thing to believe that Jesus existed and was probably a remarkable human being. It is another to accept, as most Christians do, that he was physically resurrected and will return to earth to judge the living and the dead. It is yet another leap of faith too far to imagine, as all good Mormons must, that he will work his cosmic magic from the hallowed ground of Jackson County, Missouri.

That final, provincial detail matters. It makes Mormonism objectively less plausible than run-of-the-mill Christianity—as does the related claim that Jesus visited the “Nephites” in America at some point after his resurrection. The moment one adds seer stones, sacred underpants, the planet Kolob, and a secret handshake required to win admittance into the highest heaven, Mormonism stands revealed for what it is: the religious equivalent of rhythmic gymnastics.

The point, however, is that I can say all these things about Mormonism, and disparage Joseph Smith to my heart’s content, without fearing that I will be murdered for it. Secular liberals ignore this distinction at every opportunity and to everyone’s peril. Take a moment to reflect upon the existence of the musical The Book of Mormon. Now imagine the security precautions that would be required to stage a similar production about Islam. The project is unimaginable—not only in Beirut, Baghdad, or Jerusalem, but in New York City.

The freedom to think out loud on certain topics, without fear of being hounded into hiding or killed, has already been lost. And the only forces on earth that can recover it are strong, secular governments that will face down charges of blasphemy with scorn. No apologies necessary. Muslims must learn that if they make belligerent and fanatical claims upon the tolerance of free societies, they will meet the limits of that tolerance. And Governor Romney, though he is wrong about almost everything under the sun (including, very likely, the sun), is surely right to believe that it is time our government delivered this message without blinking.