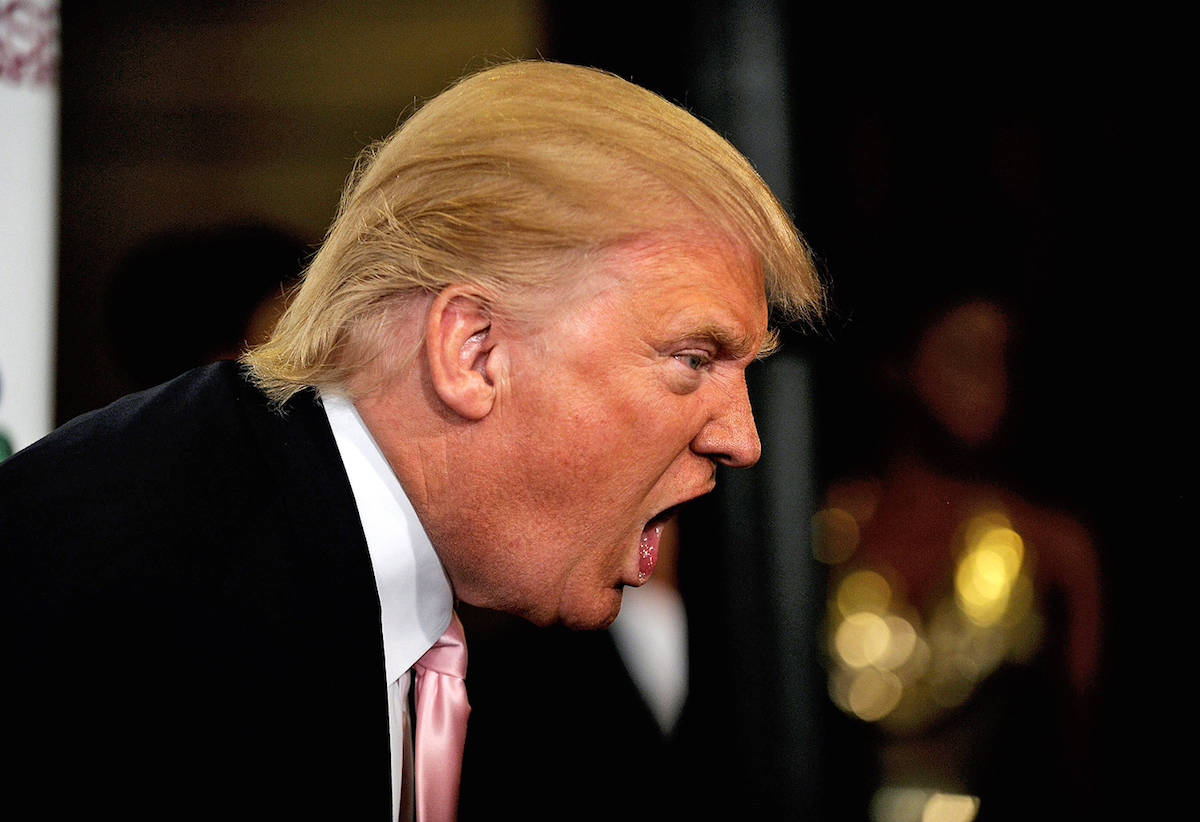 It is a cliché, of course, to claim that a presidential election is the most important in living memory. But we arrived at that point in the 2016 campaign many months ago, when both sides declared their opponent unqualified for office. Unfortunately, this time the cliché is true, and one side is actually right. A choice this stark proves that there is something wrong with our political system.

Hillary Clinton is a terribly flawed candidate for the presidency, and this has allowed millions of otherwise sane Americans to imagine that she is less fit for office than Donald Trump is. Much depends on a majority of the electorate seeing through this moral and political illusion in the weeks ahead.

To consider only one point of comparison: We have now witnessed Donald Trump bragging about his sexual predations in terms that not even Satan himself could spin to his advantage. He has admitted to repeatedly groping women, kissing them on the mouth without their consent, and invading the dressing rooms of teenage pageant contestants to see them naked. Every day, more women come forward confirming the truth of these confessions. Trump has even said that he would have sex with his own daughter, were she the offspring of another man. He talks about his libido as only a malignant narcissist can: as though it were a wonder of nature, a riddle no mortal can solve, and a blessing to humanity.

Such disclosures should have ended Trump’s presidential campaign. But as luck would have it, Hillary Clinton is married to a man who can probably match Trump indiscretion for indiscretion. Indeed, Donald Trump and Bill Clinton are both trailing serious accusations of rape. Whether or not the worst of these charges are true, these are not normal men. Each has lived for decades as a roving id flanked by a security detail. Each is the very avatar of entitlement. However, only one of these cads radiates contempt for nearly every other member of our species. Only one has made humiliating people—and women in particular—a central part of his brand. Only one lives a troubled adolescent’s fantasy of what a man should be, exposing a ruinous insecurity and moral emptiness every time he opens his mouth. Most important, only one of these men is running for president today. And, personal ethics aside, only one is dangerously unfit for the job.

While Trump’s attitude toward women should be disqualifying, it is among his least frightening traits when it comes to assuming the responsibilities of the presidency. His fondness for Vladimir Putin, the whimsy with which he has entertained the first use of nuclear weapons, his disregard for our NATO alliances, his promise to use federal regulators to harass his critics, his belief that climate change is a hoax, his recommendation that we kill the families of terrorists, his suggestion that America might want to default on its debt—any one of these sentiments should have ended Trump’s bid for public office within the hour. In fact, Donald Trump is so unfit for the presidency that he has done great harm to our society by merely campaigning for it. The harm he could do from the White House can scarcely be imagined.

But hatred for both Clintons is now so blinding as to render Trump’s far more dangerous flaws imperceptible to millions of Americans. This is deeply disconcerting. Ask yourself, How would Trump appear if he were a malicious bully? The answer: Exactly as he does now. The man lies about everything, and yet he can’t even pretend to be a good person for five minutes at a stretch. How would Trump sound if he knew nothing about world affairs? One need only hear him speak to know. The truth is that Trump couldn’t have displayed his flaws more clearly during this campaign had his goal been to humiliate himself. And yet this hasn’t mattered to nearly half the electorate.

As many others have noted, there was a point in the second presidential debate when Trump’s campaign ceased to be a depressing farce and became the terrifying, national disgrace we now see before us. The crucial moment wasn’t when Trump threatened to imprison Clinton if he wins in November—it was the shriek of joy this threat produced in half the audience. That was the sound of our democracy unraveling. And there was Trump, the crazed man-child tearing at the threads.

If there is a silver lining here, it is that many of us now see how vulnerable our political system is to charlatanism, conspiracy theories, and populist unreason on both the Right and the Left. The role that the media has played, rendering us all moths to the Trumpian flame, will be scrutinized for years to come. The truth about us is sobering: We have been playing with our smartphones while hurtling toward the abyss…

Hillary Clinton will almost certainly be the next president of the United States. And, with any luck, she will usher in four years of exquisite boredom. Unfortunately, the toxicity of this campaign seems unlikely to dissipate. There will be a surplus of anger to be discharged—not just among disappointed Trump supporters, but toward them. Those who stood with Trump, as the wrecking ball of his ego swung dangerously through our lives, will likely find that their reputations have been destroyed. I will be surprised if we hear anything from Chris Christie or Rudy Giuliani ever again. Trump himself should be forced into exile the way OJ Simpson was after he was falsely acquitted of two murders. In fact, one might say that a murder has been committed here—of the public good—by a monster of selfishness and self-regard.

After November, let the shunning of Donald Trump be complete.