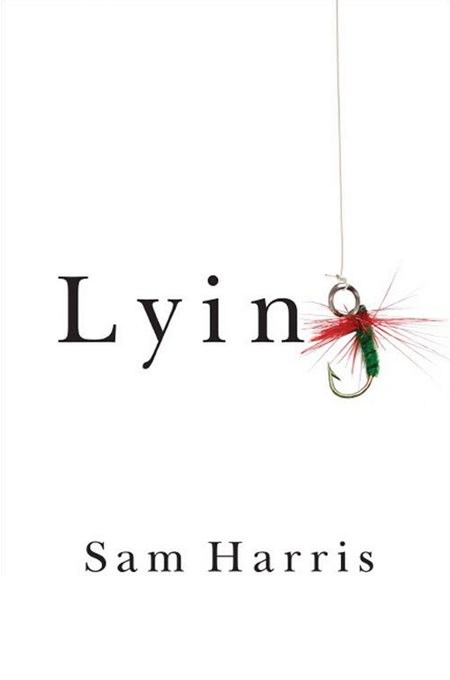 REVISED AND EXPANDED — AND NOW IN HARDCOVER

As it was in Anna Karenina, Madame Bovary, and Othello, so it is in life. Most forms of private vice and public evil are kindled and sustained by lies. Acts of adultery and other personal betrayals, financial fraud, government corruption—even murder and genocide—generally require an additional moral defect: a willingness to lie. In Lying, bestselling author and neuroscientist Sam Harris argues that we can radically simplify our lives and improve society by merely telling the truth in situations where others often lie. He focuses on “white” lies—those lies we tell for the purpose of sparing people discomfort—for these are the lies that most often tempt us. And they tend to be the only lies that good people tell while imagining that they are being good in the process.

This essay is quite brilliant. (I was hoping it would be, so I wouldn’t have to lie.) I honestly loved it from beginning to end. Lying is the most thought-provoking read of the year.

Author of the #1 New York Times bestsellers, The 4-Hour Body and The 4-Hour Workweek

Humans have evolved to lie well, and no doubt you’ve seen the social lubrication at work. In many cases, we might not think of it as a true lie: perhaps a “white” lie once in a blue moon, the omission of a sensitive detail here and there, false encouragement of others when we see no benefit in dashing someone’s hopes, and the list goes on. In Lying, Sam Harris demonstrates how to benefit from being brutally—but pragmatically—honest. It’s a compelling little book with a big impact.

In this brief but illuminating work, Sam Harris applies his characteristically calm and sensible logic to a subject that affects us all—the human capacity to lie. And by the book’s end, Harris has compelled you to lead a better life because the benefits of telling the truth far outweigh the cost of lies—to yourself, to others, and to society.