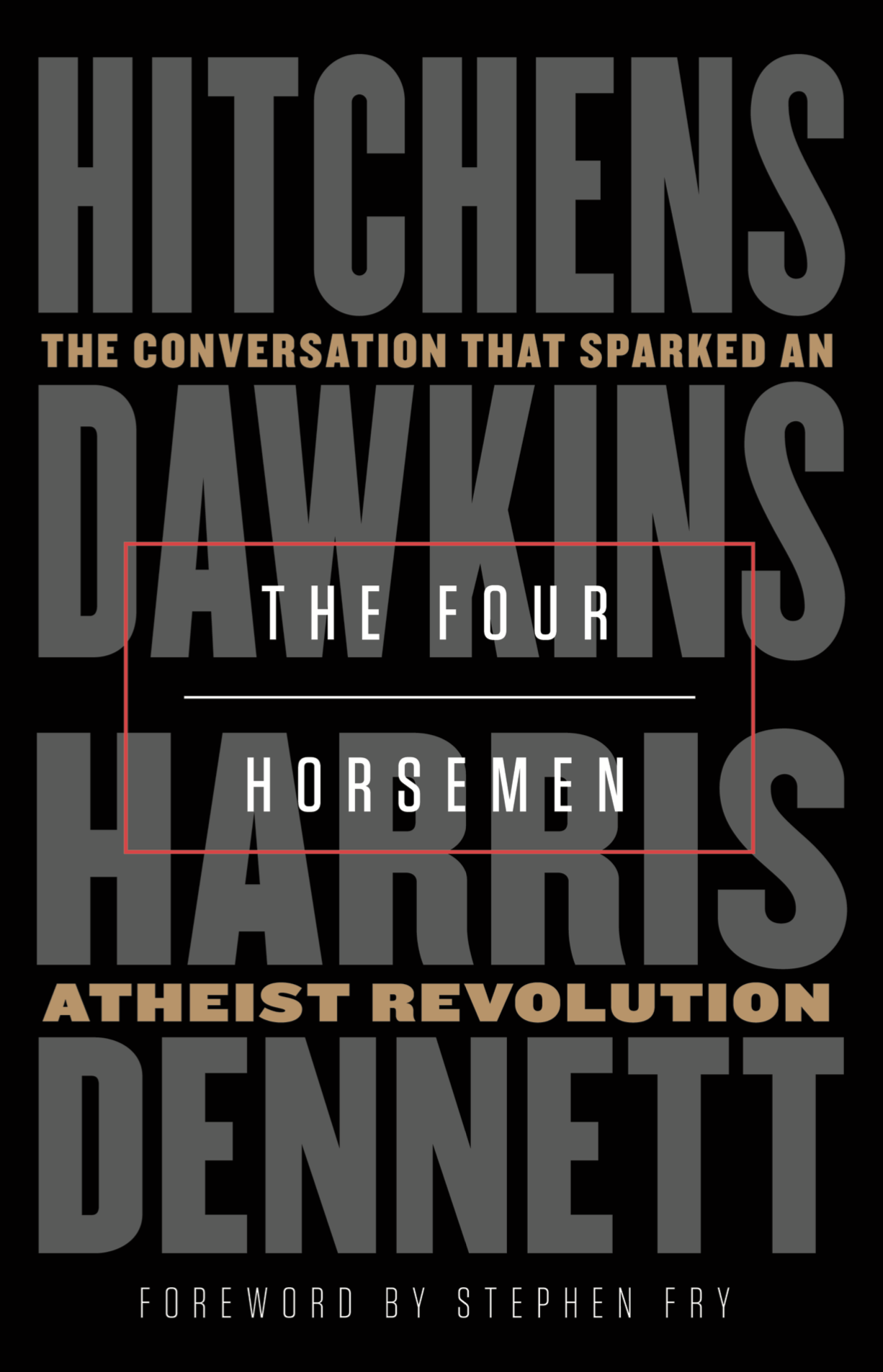 In 2007, Christopher Hitchens, Richard Dawkins, Sam Harris, and Daniel Dennett filmed a landmark discussion about modern atheism. The video went viral. Now in print for the first time, the transcript of their conversation is illuminated by new essays from three of the original participants and an introduction by Stephen Fry.

At the dawn of the new atheist movement, the thinkers who became known as “the four horsemen,” the heralds of religion's unraveling—Christopher Hitchens, Richard Dawkins, Sam Harris, and Daniel Dennett—sat down together over cocktails. What followed was a rigorous, pathbreaking, and enthralling exchange, which has been viewed millions of times since it was first posted on YouTube. This is intellectual inquiry at its best: exhilarating, funny, and unpredictable, sincere and probing, reminding us just how varied and colorful the threads of modern atheism are.

Here is the transcript of that conversation, in print for the first time, augmented by material from the living participants: Dawkins, Harris, and Dennett. These new essays, introduced by Stephen Fry, mark the evolution of their thinking and highlight particularly resonant aspects of this epic exchange. Each man contends with the most fundamental questions of human existence while challenging the others to articulate their own stance on God and religion, cultural criticism, spirituality, debate with people of faith, and the components of a truly ethical life.

Writer of Wait But Why?

If thinking were a sport, these four would be national superstars—and reading The Four Horsemen feels like having a front-row seat at the all-star game. This is more than a book about atheism and religion—it’s a lesson in how to use our intellect to cut through the haze of delusion and misconception inherent in any human society.

Host of Studio 360 and author of Fantasyland

For people inclined to disbelieve supernatural explanations—in America, we few, we happy few, we band of brothers and sisters—The Four Horsemen is a smart, fun, funny, seriously provocative primer

Author of The Evolution of Everything

We are slowly losing the hard-won right, gained by brave heroes of the enlightenment such as Voltaire and Hume, to be free to criticize religion without persecution and prosecution; the crime of blasphemy is creeping back. The words of Hitchens, Dawkins, Harris, and Dennett are needed more than ever. These are the heirs to Voltaire.

Author of The Unspeakable

These four are the kinds of thinkers we don’t get enough of anymore: unapologetic, uncompromising, and deeply generous with one another as well as with anyone who happens to be listening in. You needn’t be an atheist or a horseman to relish every word of this delightful book. You just need to be hungry for genuine intellectual inquiry and open debate. And, let’s face it, you’re probably starving.

Author of God, No!

This conversation is as good a place as any to mark the start of the Atheist revolution.

Blasphemous, erudite, devastatingly truthful, slyly hilarious . . . Reading this book is like getting to spend a profound afternoon with some of our greatest intellectuals.

Author of The Meme Machine

I was gripped. Throughout this erudite conversation the humility and openness of science shines against religion’s arrogance, hypocrisy, and sheer gall in just ‘making stuff up.’ How refreshing it is.