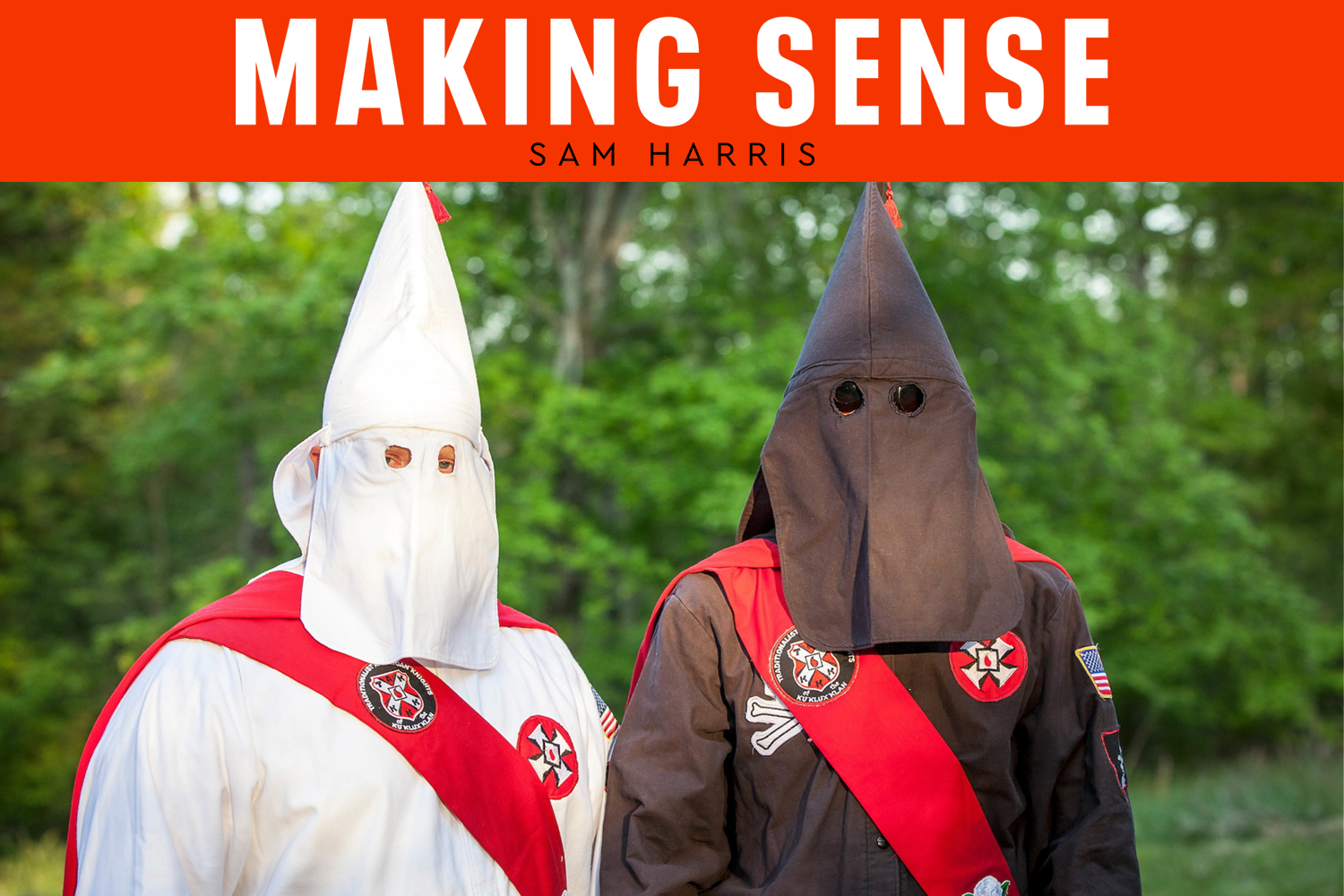 Sam Harris speaks with Kathleen Belew about the white power movement in the United States. They discuss white supremacy, white nationalism, white separatism, the militia movement, “The Turner Diaries,” the connection between the white power movement and war, the significance of Ruby Ridge and Waco, the Christian Identity movement, the significance of “leaderless resistance,” the failures of the justice system in prosecuting white power crimes, and other topics.

Kathleen Belew is a historian and the author of Bring the War Home: The White Power Movement and Paramilitary America. She is currently an Assistant Professor of History at the University of Chicago and a Fellow at the Center for Advanced Study in the Behavioral Sciences, Stanford University. Kathleen specializes in the recent history of the United States, examining the long aftermath of warfare.