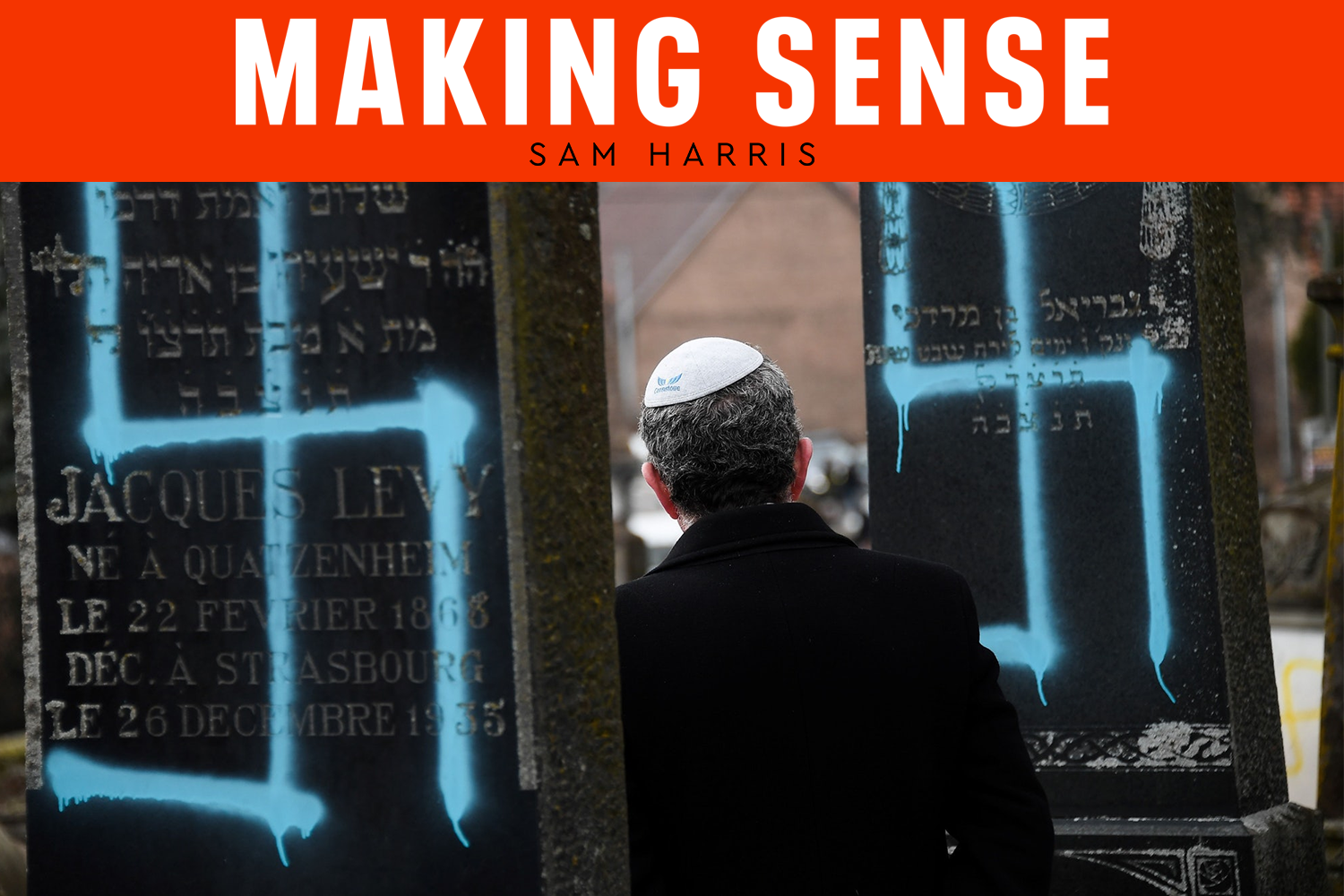 In this episode of the Making Sense podcast, Sam Harris speaks with Bari Weiss about her book How to Fight anti-Semitism. They discuss the three different strands of anti-Semitism (rightwing, leftwing, and Islamic), the Tree of Life shooting in Pittsburgh, the difference between anti-Semitism and other forms of racism, “Great Replacement Theory,” the populist response to globalization, the history of anti-Semitism in the U.S., criticisms of Israel, the fate of Jews in Western Europe, and other topics.

Bari Weiss is a writer and editor of the opinion section of The New York Times. She was also a book review editor at The Wall Street Journal and an editor at Tablet, the online magazine of Jewish news, politics, and culture. Bari is a native of Pittsburg, attended Tree of Life Synagogue, and had her Bat Mitzvah ceremony there.