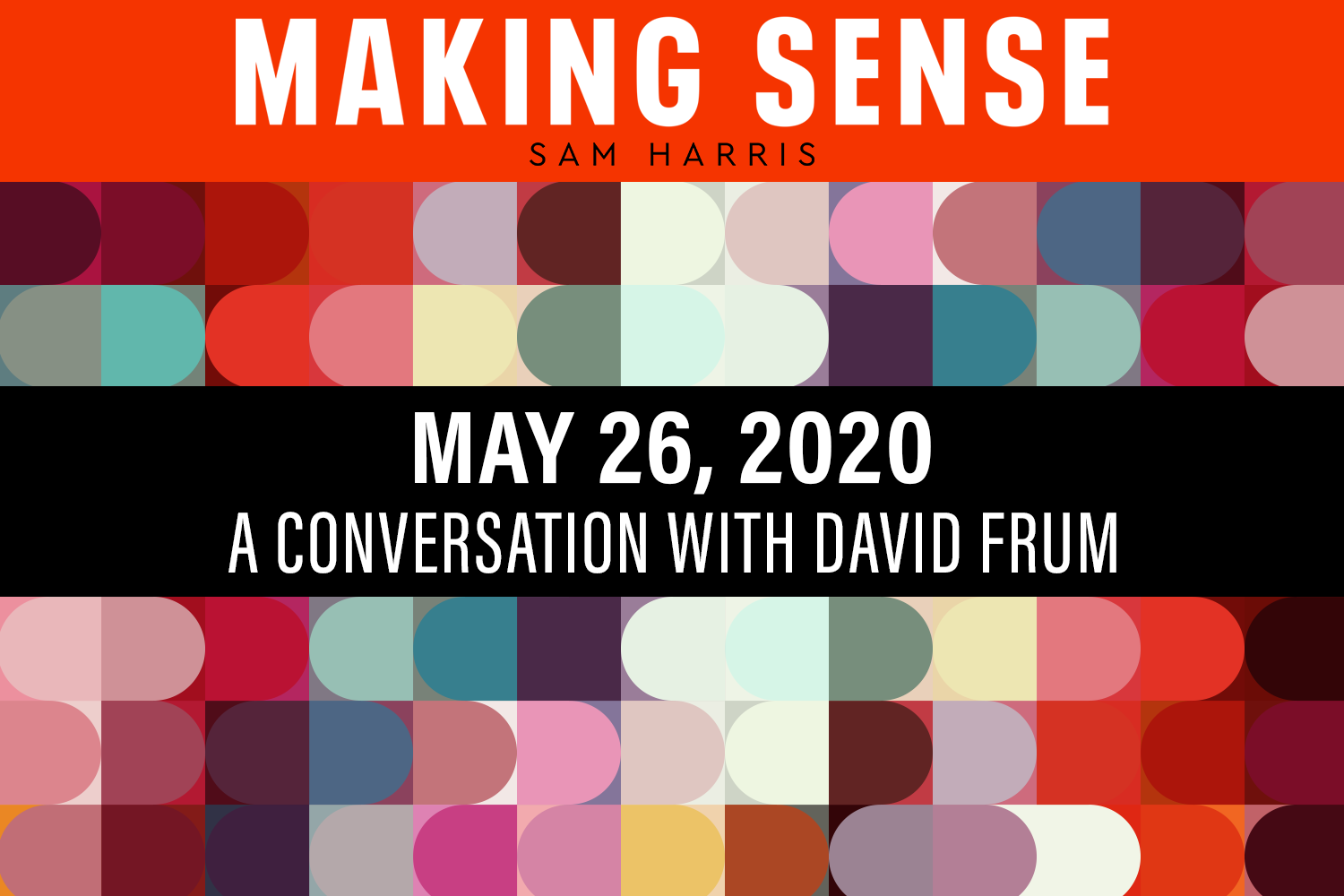 In this episode of the podcast, Sam Harris speaks with David Frum about the shifting political landscape. They discuss the secularization of politics, distrust of the media and other institutions, voter suppression, the 2020 elections, what happens if Trump gets a second term, the role of money in politics, conspiracy theories around Covid-19, the Michael Flynn controversy, the prospect that Trump will refuse to leave office, and other topics.

David Frum is a senior editor at The Atlantic and the author of Trumpocalypse: Restoring American Democracy, his tenth book. Frum spent most of his career in conservative media and research institutions, including the Manhattan Institute and the American Enterprise Institute. He is a past chairman of Policy Exchange, the leading center-right think tank in the United Kingdom, and a former director of the Republican Jewish Coalition. In 2001-2002, he served as a speechwriter and special assistant to President George W. Bush. Frum holds a B.A. and M.A. in history from Yale and a law degree from Harvard.