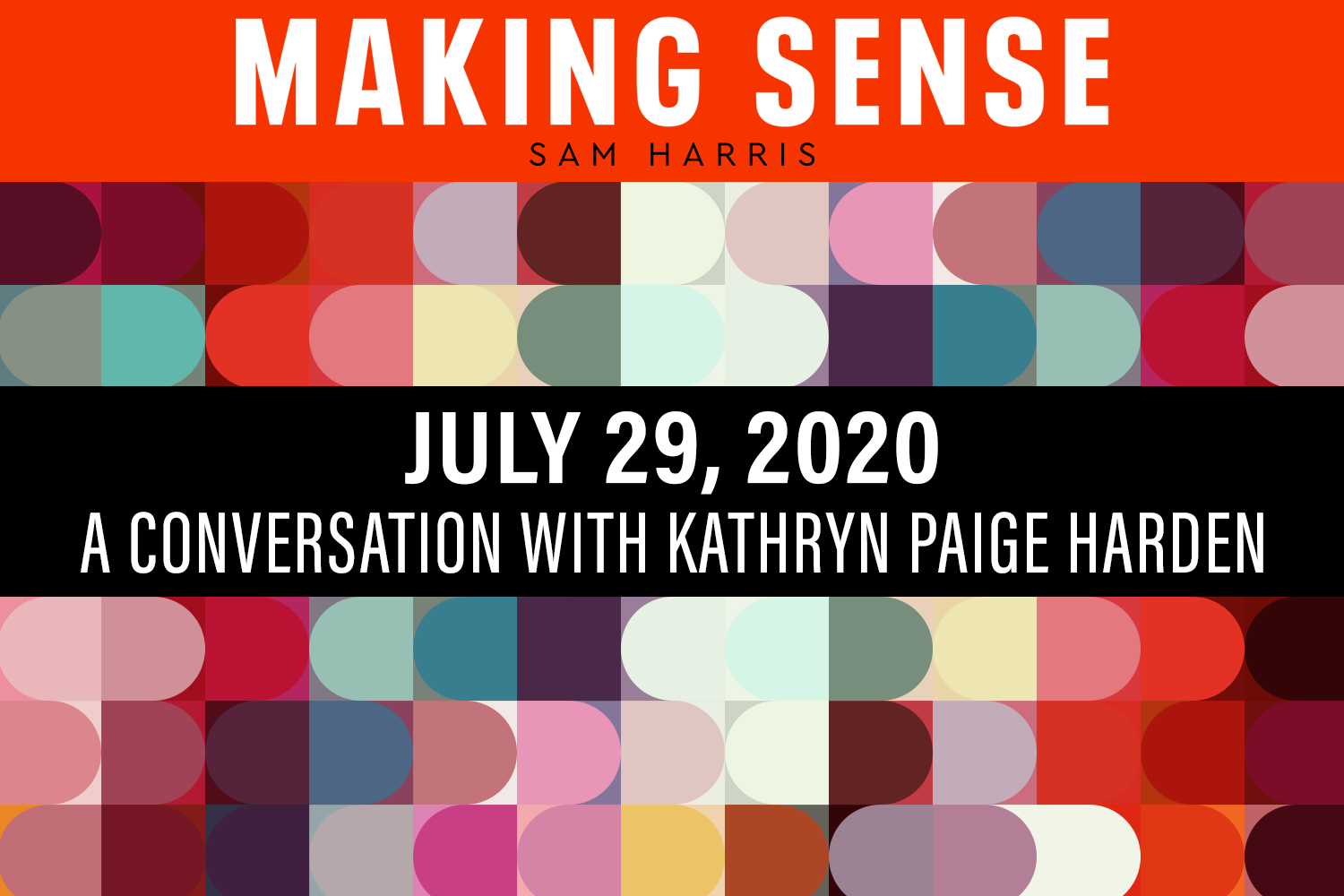 In this episode of the podcast, Sam Harris speaks with Kathryn Paige Harden about the public controversy over group differences in traits like intelligence and ongoing research in behavioral genetics. They discuss Harden’s criticism of the Making Sense episode featuring Charles Murray, the mingling of scientific thinking with politics and social activism, cancel culture, environmental and genetic contributions to individual and group differences, intellectual honesty, and other topics.

Kathryn Paige Harden is a tenured professor in the Department of Psychology at UT, where she leads the Developmental Behavior Genetics lab and co-directs the Texas Twin Project. Dr. Harden received her Ph.D. in Clinical Psychology from the University of Virginia and completed her clinical internship at McLean Hospital/Harvard Medical School before moving to Austin in 2009. She has published over 100 scientific articles on genetic influences on complex human behavior, including child cognitive development, academic achievement, risk-taking, mental health, sexual activity, and childbearing. Her research has been featured in popular media outlets such as the New York Times, Washington Post, The Atlantic, and Huffington Post. In 2017, she was honored with a prestigious national award from the American Psychological Association for her distinguished scientific contributions to the study of genetics and human individual differences. Dr. Harden teaches Introduction to Psychology in a synchronous massive online class format, with over 2000 undergraduate students per year. She is currently writing a book on genetics and social inequality, to be published by Princeton University Press.