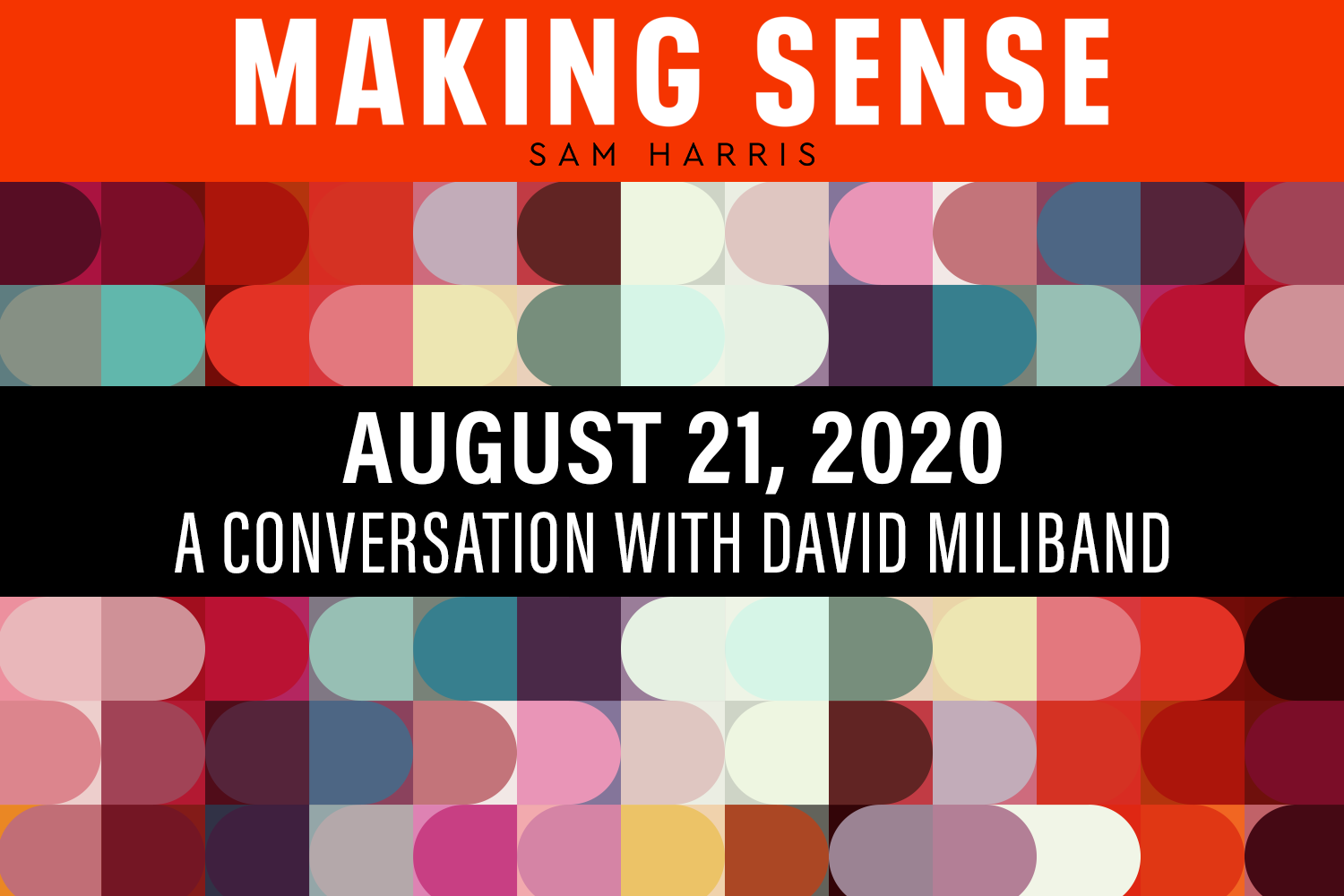 In this episode the podcast, Sam Harris speaks with David Miliband about his work with the International Rescue Committee. They discuss the crisis of internally displaced peoples and refugees, the problem with open borders, the vetting of refugees, the limits of nation-building and diplomacy, the realities of globalization, global risks, defending human rights, a “post-values and post-competence” America, the breakdown of trust in institutions, the prospects of a second Trump term, and other topics.

David Miliband is President and CEO of the International Rescue Committee (IRC), where he oversees the agency’s humanitarian relief operations in more than 40 war-affected countries and its refugee resettlement and assistance programs in over 20 United States cities.

Under Miliband’s leadership, the IRC has expanded its ability to rapidly respond to humanitarian crises and meet the needs of an unprecedented number of people uprooted by conflict, war and disaster. The organization is implementing an ambitious global strategy to bring clear outcomes, strong evidence and systematic research to the humanitarian programs through collaborative partnerships with the public and private sectors.

From 2007 to 2010, Miliband was the 74th Secretary of State for Foreign Affairs of the United Kingdom, driving advancements in human rights and representing the U.K. throughout the world. In 2006, as Secretary of State for the Environment, he pioneered the world’s first legally binding emissions reduction requirements. He was Member of Parliament for South Shields from 2001 to 2013. Miliband graduated from Oxford University in 1987 and received a master’s degree in political science in 1989 from the Massachusetts Institute of Technology, which he attended as a Kennedy Scholar.

Miliband’s first book, Rescue: Refugees and the Political Crisis of our Time, was published by TED Books in November 2017.