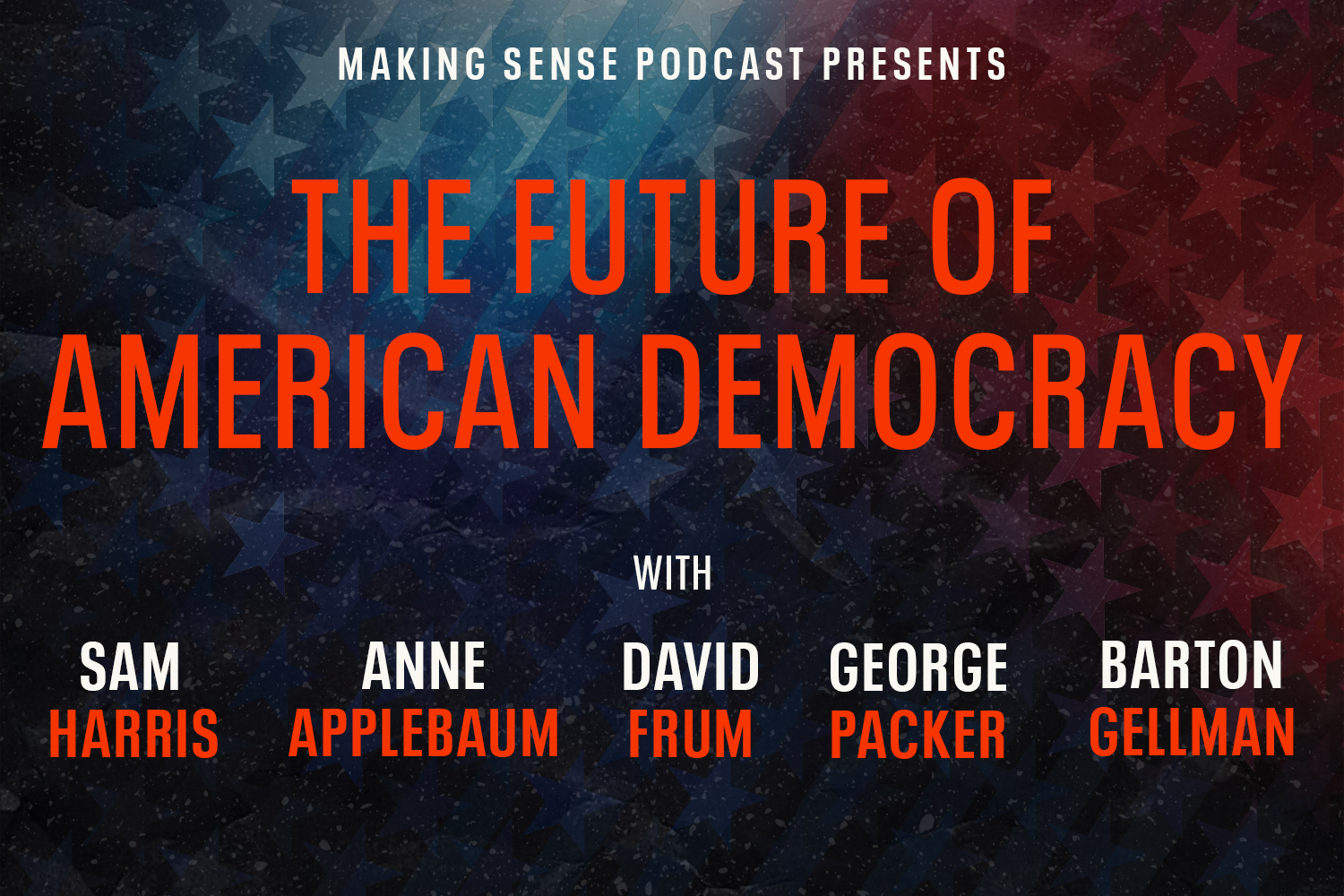 In this episode of the podcast, Sam Harris speaks with Anne Applebaum, David Frum, Barton Gellman, and George Packer about the ongoing threat to American democracy posed by Republican misinformation and disinformation regarding the 2020 Presidential Election and the attack on the Capitol on January 6th, 2021.

Anne Applebaum is a journalist, a prize-winning historian, a staff writer for The Atlantic, and a senior fellow at the SNF Agora Institute at Johns Hopkins University, where she co-leads a project on 21st century disinformation and co-teaches a course on democracy. Her books include Red Famine: Stalin’s War on Ukraine; Iron Curtain: The Crushing of Eastern Europe 1944-1956; and Gulag: A History, which won the 2004 Pulitzer Prize for non-fiction. Her most recent book is The New York Times bestseller, Twilight of Democracy, an essay on democracy and authoritarianism. She was a Washington Post columnist for fifteen years and a member of the editorial board; she has also been the deputy editor of The Spectator and a columnist for several British newspapers. Her writing has appeared in The New York Review of Books, The New Republic, The Wall Street Journal, Foreign Affairs, and Foreign Policy, among many other publications.

David Frum is a senior editor at The Atlantic and the author of Trumpocalypse: Restoring American Democracy, his tenth book. Frum spent most of his career in conservative media and research institutions, including the Manhattan Institute and the American Enterprise Institute. He is a past chairman of Policy Exchange, the leading center-right think tank in the United Kingdom, and a former director of the Republican Jewish Coalition. In 2001-2002, he served as a speechwriter and special assistant to President George W. Bush. Frum holds a B.A. and M.A. in history from Yale and a law degree from Harvard.

George Packer is a staff writer at The Atlantic, where he writes about American politics, culture, and foreign affairs. He is the author, most recently, of Last Best Hope: America in Crisis and Renewal. He is also the author of The Unwinding: An Inner History of the New America (winner of the National Book Award), Our Man: Richard Holbrooke and the End of the American Century (winner of The Los Angeles Times Book Award and the Hitchens Prize), and seven other books.

Barton Gellman, a critically honored author and journalist, is a staff writer at The Atlantic and senior fellow at the Century Foundation in New York. He is the author, most recently, of Dark Mirror: Edward Snowden and the American Surveillance State and Angler: The Cheney Vice Presidency. His awards include The Pulitzer Prize, an Emmy for documentary filmmaking, and The Los Angeles Times Book Prize.