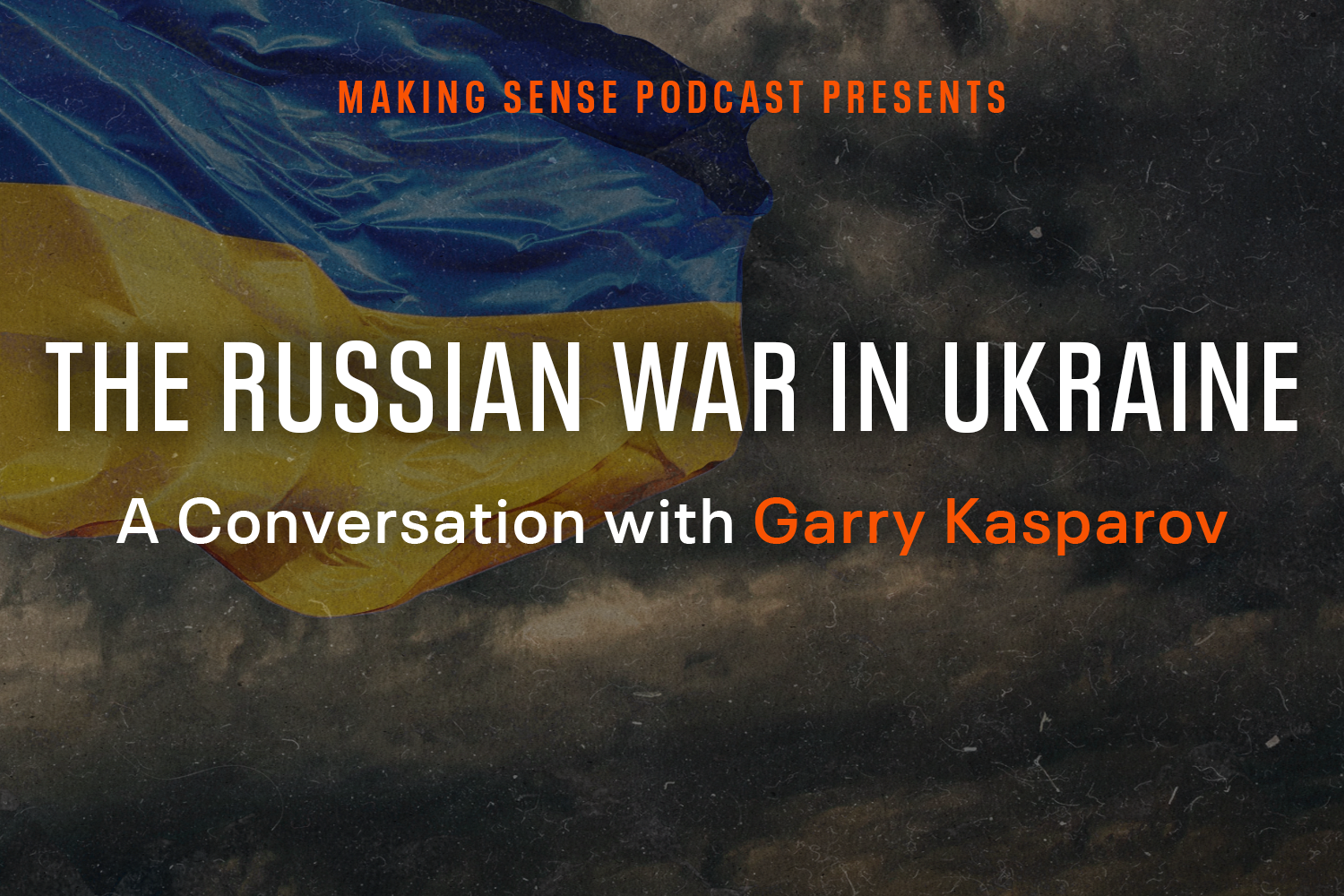 In this episode of the podcast, Sam Harris speaks with Garry Kasparov about Putin’s war of aggression in Ukraine. They discuss Putin’s larger objectives, the perception of the war inside Russia, whether US and EU foreign policy is to blame, the expansion of NATO, American weakness, Republican support for Putin, the sanctions regime, whether the US and EU should impose a no-fly zone over Ukraine, whether to openly seek regime change in Russia, how we can avoid WW3, what post-Putin government in Russia might look like, Western economic entanglement with autocracies, and other topics.

Garry Kasparov is a Russian pro-democracy leader, Chairman of the Human Rights Foundation, business speaker and author, and former world chess champion. He has been a contributing editor to The Wall Street Journal since 1991 and in 2013 he was named a Senior Visiting Fellow at the Oxford-Martin School. He is the author of several books including How Life Imitates Chess, and his most recent book, Winter Is Coming: Why Vladimir Putin and the Enemies of the Free World Must Be Stopped.

This Saturday (March 12, 2022), Garry will be sharing more information about these topics in an upcoming Briefing with the Ukrainian Foreign Minister, Dmytro Kuleba & Soldiers from the Frontlines. The event is hosted by Renew Democracy Initiative, a non-partisan, not-for-profit organization dedicated to defending liberal democracy at home and abroad.