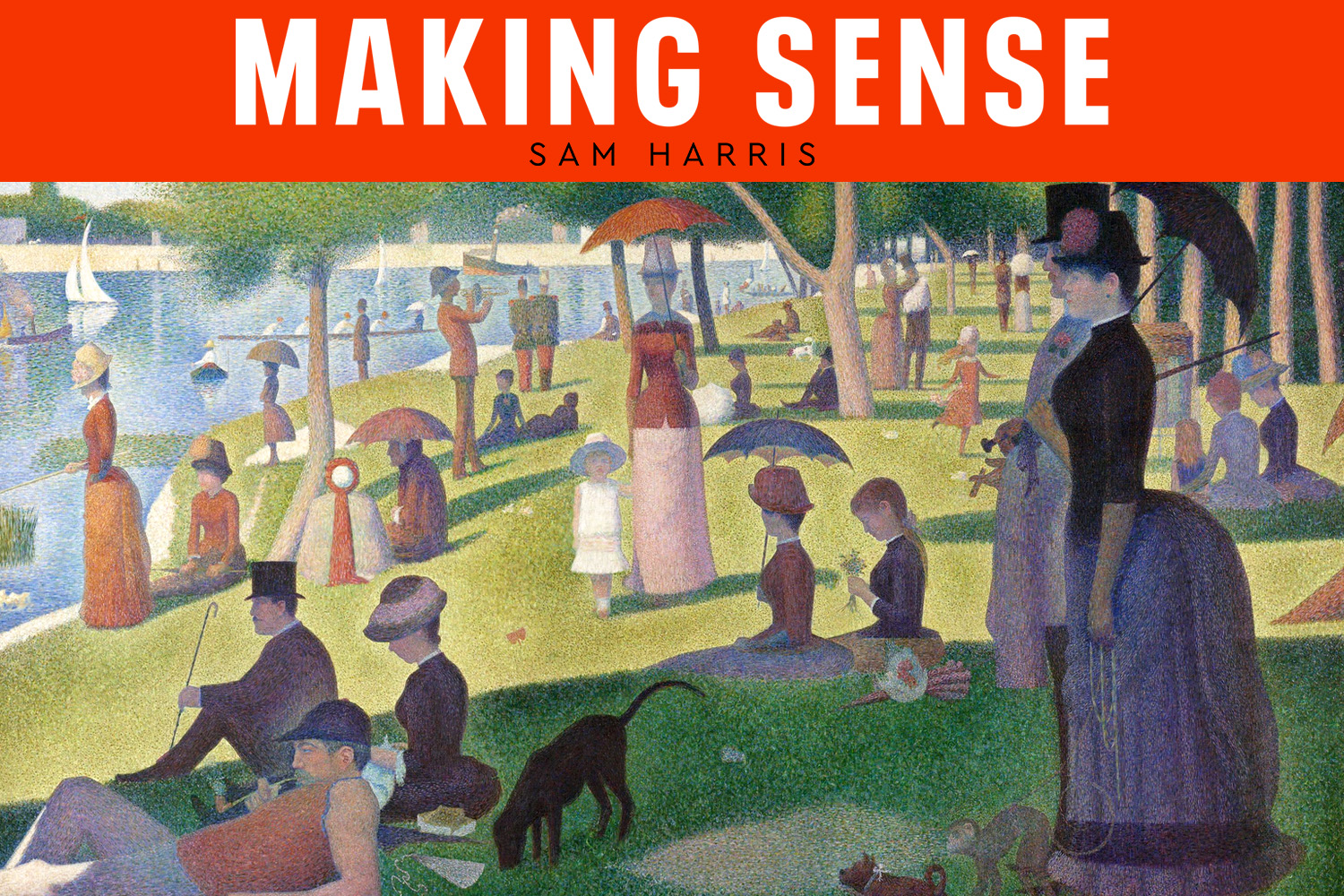 In this episode of the podcast, Sam Harris speaks with Arthur C. Brooks about what it takes to build a good life. They discuss the power of social comparison, the intelligence taboo, political dignity and ethical hierarchy, the Dalai Lama, the nature of love, fluid and crystallized intelligences, the strange case of Linus Pauling, the limits of identity, atheism and religious faith, fear of death, psychedelics, existentialism, St. Thomas Aquinas, and other topics.

Arthur C. Brooks is a professor at the Harvard Kennedy School and the Harvard Business School, where he teaches courses on leadership and happiness. He is also a columnist at The Atlantic, where he writes the popular “How to Build a Life” column. Brooks is the author of 12 books, including the 2022 #1 New York Times bestseller From Strength to Strength: Finding Success, Happiness, and Deep Purpose in the Second Half of Life. He speaks all around the world about love and happiness, giving more than 150 speeches and lectures per year in the U.S., Europe, and Asia.

Brooks began his career as a classical musician, leaving college at 19, and performing with ensembles in the United States and Spain. In his late twenties, while still performing, he returned to school, earning a BA in economics through distance learning. At 31, he left music and earned an MPhil and PhD in public policy analysis, during which time he worked as a military analyst for the Rand Corporation. Brooks then spent the next 10 years as a university professor at Syracuse University, where he taught economics and nonprofit management. In 2009, Brooks became the president of the American Enterprise Institute in Washington, DC, one of the world’s most influential think tanks, which he led for a decade. During this period, he was selected as one of Fortune Magazine’s “50 World’s Greatest Leaders” and was awarded seven honorary doctorates.

Originally from Seattle, Brooks currently lives outside Boston, with his wife Ester Munt-Brooks, who is a native of Barcelona. They have three adult children.