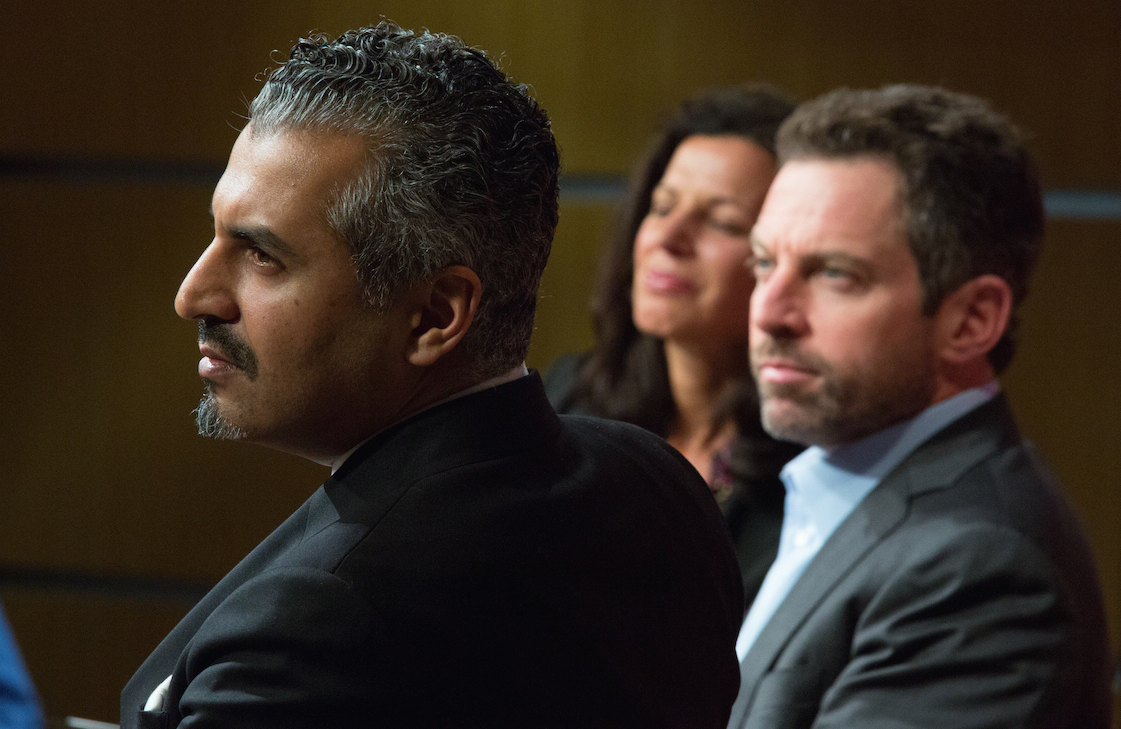 Maajid Nawaz is a counter-extremist, author, columnist, broadcaster and Founding Chairman of Quilliam – a globally active organization focusing on matters of integration, citizenship & identity, religious freedom, immigration, extremism, and terrorism. Maajid’s work is informed by years spent in his youth as a leadership member of a global Islamist group, and his gradual transformation towards liberal democratic values. Having served four years as an Amnesty International adopted “prisoner of conscience” in Egypt, Maajid is now a leading critic of Islamism, while remaining a secular liberal Muslim.

Maajid is an Honorary Associate of the UK’s National Secular Society, a weekly columnist for the Daily Beast, a monthly columnist for the liberal UK paper the ‘Jewish News’ and LBC radio’s weekend afternoon radio host. He also provides occasional columns for the London Times, the New York Times and Wall Street Journal, among others. Maajid was the Liberal Democrat Parliamentary candidate in London’s Hampstead & Kilburn for the May 2015 British General Election.

A British-Pakistani born in Essex, Maajid speaks English, Arabic, and Urdu, holds a BA (Hons) from SOAS in Arabic and Law and an MSc in Political Theory from the London School of Economics (LSE).

Maajid relates his life story in his first book, Radical. He co-authored his second book, Islam and the Future of Tolerance, with Sam Harris.