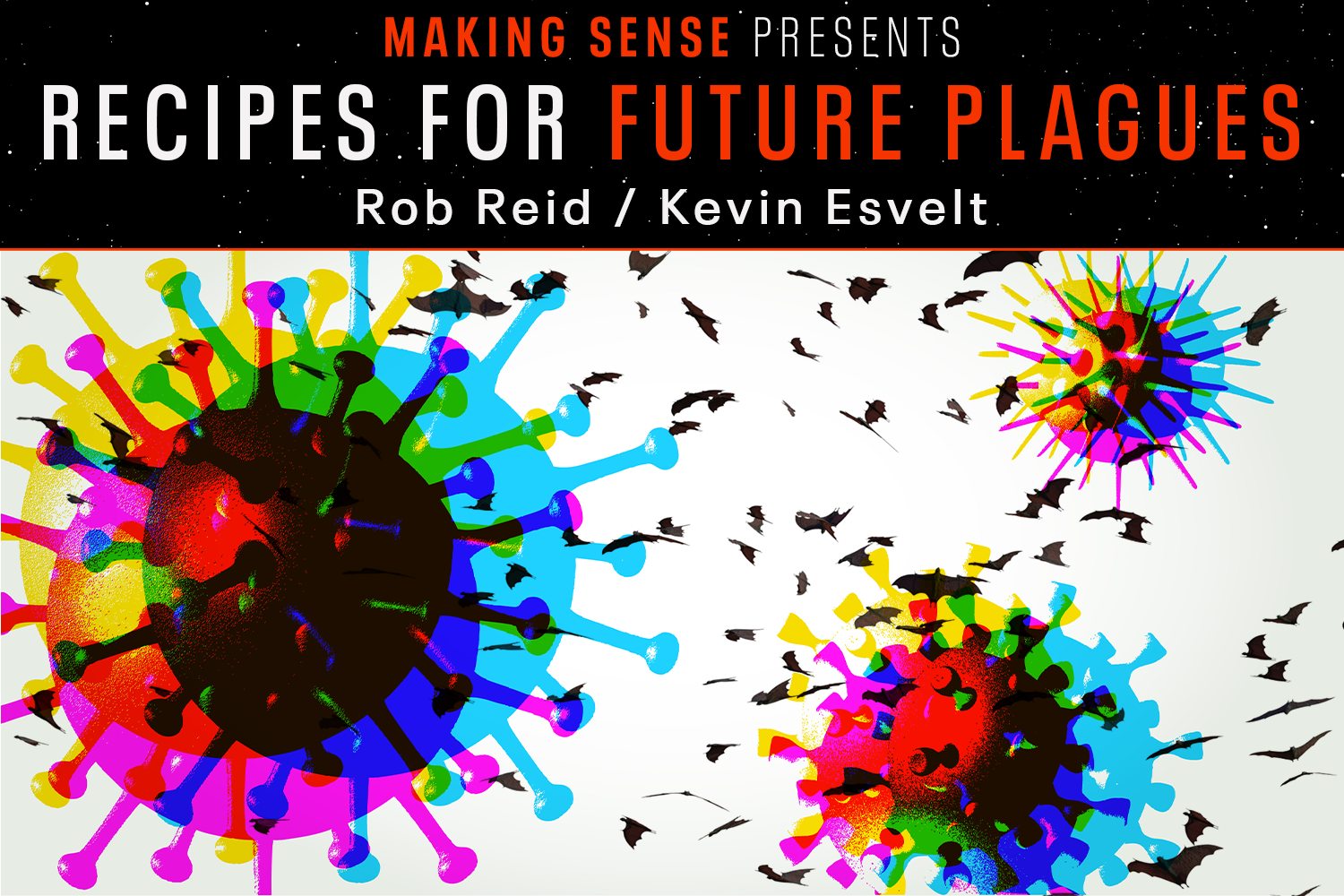 In this episode of the podcast, Rob Reid and Kevin Esvelt discuss USAID’s new “Deep VZN” program, which aims to discover new pandemic-grade viruses and publish their genomes to the world. Esvelt estimates that there are currently around 30,000 people who could then easily build them.

Rob Reid is a podcaster, author, and tech investor, and was a long-time tech entrepreneur. His After On podcast features conversations with world-class thinkers, founders, and scientists on topics including synthetic biology, super-AI risk, Fermi’s paradox, robotics, archaeology, and lone-wolf terrorism. Science fiction novels that Rob has written for Random House include The New York Times bestseller Year Zero, and the AI thriller After On. As an investor, Rob is Managing Director at Resilience Reserve, a multi-phase venture capital fund. He co-founded Resilience with Chris Anderson, who runs the TED Conference and has a long track record as both an entrepreneur and an investor. In his own entrepreneurial career, Rob founded and ran Listen.com, the company that created the Rhapsody music service. Earlier, Rob studied Arabic and geopolitics at both undergraduate and graduate levels at Stanford, and was a Fulbright Fellow in Cairo. You can find him at www.after-on.com, or on Twitter at @Rob_Reid.

Kevin M. Esvelt is an assistant professor of the MIT Media Lab, where he leads the Sculpting Evolution Group in advancing biotechnology safely. He received his Ph.D. from Harvard University for inventing a synthetic microbial ecosystem to rapidly evolve useful biomolecules, and subsequently helped pioneer the development of CRISPR, a powerful new method of genome engineering.

In 2013, Esvelt was the first to identify the potential for CRISPR “gene drive” systems to alter wild populations of organisms. Recognizing the implications of an advance that could enable individual scientists to alter the shared environment, he and his colleagues chose to break with scientific tradition by revealing their findings and calling for open discussion and safeguards before they tested it and demonstrated reversibility in the laboratory.

His work has been published in Nature and Science, covered by the New York Times and Washington Post, and featured on Last Week Tonight and the Netflix special Unnatural Selection. You can find him at https://www.sculptingevolution.org/kevin-m-esvelt, or on Twitter at @kesvelt.