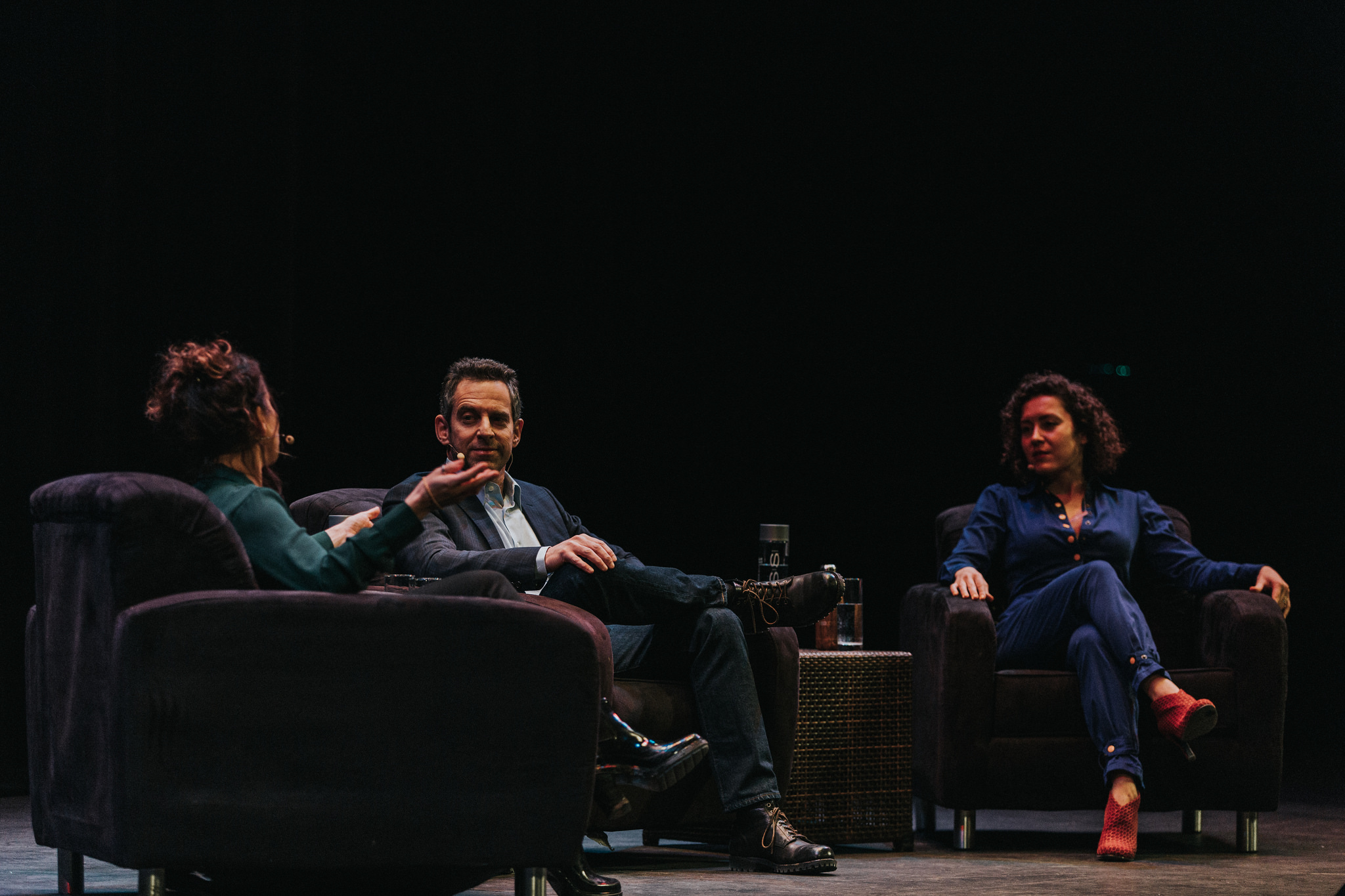 Maria Popova is a reader, writer, interestingness hunter-gatherer, and curious mind at large. She’s previously written for Wired UK, The Atlantic, The New York Times,and Harvard’s Nieman Journalism Lab, among others, and is a MIT Futures of Entertainment Fellow.Her blog is BrainPickings.org

Janna Levin is the Tow Professor of physics and astronomy at BarnardCollege of Columbia University, and has contributed to an understanding of black holes, the cosmology of extra dimensions, and gravitational waves in the shape of spacetime. She is also director of sciences at Pioneer Works. Her previous books include How the Universe Got Its Spots and a novel, A Madman Dreams of Turing Machines, which won the PEN/Bingham Prize. She was recently named a Guggenheim Fellow. Her latest book, Black Hole Blues and Other Songs from Outer Space, is the inside story on the discovery of the century: the sound of spacetime ringing from the collision of two black hole over a billion years ago.