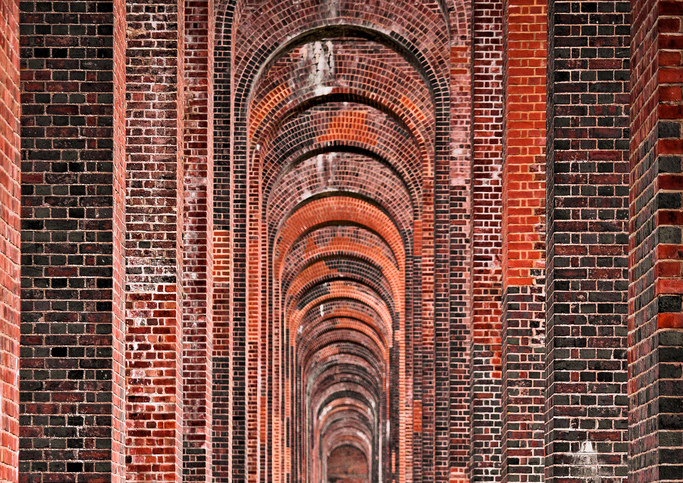 Sam Harris reflects on his failure to have a productive conversation with Noam Chomsky.

I wanted to do another “Ask me Anything” podcast, but I know I’m going to get inundated with questions about my conversation with Noam Chomsky, so in order to inoculate us all against that—or, at least, to make those questions more informed by my view of what happened—I wanted to do a short podcast dealing with the larger problem, as I see it, of having conversations of this kind.

More and more, I find myself attempting to have difficult conversations with people who hold very different points of view. And I consider our general failure to have these conversations well—so as to produce an actual convergence of opinion and a general increase in goodwill between the participants—to be the most consequential problem that exists. Apart from violence and other forms of coercion, all we have is conversation with which to influence one another. The fact that it is so difficult for people to have civil and productive conversations about things like U.S. foreign policy, or racial inequality, or religious tolerance and free speech, is profoundly disorienting. And it’s also dangerous. If we fail to do this, we will fail to do everything else of value. Conversation is our only tool for collaborating in a truly open-ended way.

So I’ve been experimenting by reaching out to people to have difficult conversations. I recently did this with the Muslim reformer Maajid Nawaz, which resulted in a short book, Islam and the Future of Tolerance, that will be published in the fall. As you’ll read in that book, this was not at all guaranteed to work—Maajid and I had a very inauspicious first meeting—but when I later saw the work he was doing, I reached out to him, and the resulting conversation is one in which we made genuine progress. He opened my mind on several important points and, most important, it was a genuine pleasure to show readers that conversation, even on genuinely polarizing topics, can occasionally serve its intended purpose, which is to change minds—even one’s own.

Here, I would draw a distinction between a conversation and a debate. They’re superficially similar when the parties disagree, but to have one’s mind changed in a debate is to lose the debate and, very likely, to lose face before one’s audience. This is an incredibly counterproductive way to frame any inquiry into what is true. Occasionally, I engage in public debates, but I’ve never approached them like a high school exercise where one is committed to not changing one’s view. I don’t want to be wrong for a moment longer than I need to be, and if my opponent is right about something, and I can see that, then I will be very quick to admit it.

So my dialogue with Maajid was not really a debate, even though at times we were pushing rather hard against one another. It was, rather, a conversation. On the heels of that success, I decided to attempt a similar project with Noam Chomsky, and the results of my failure are on my blog for all to see.

Of course, many people understood exactly what I was trying to do and why I published the exchange, and they apparently appreciated my efforts. I tried to have a civil conversation on an important topic with a very influential thinker, and I failed. I published the result because I thought the failure was instructive—the whole purpose was to extract something of value from what seemed like a truly pointless exercise.

But that’s not the lesson many readers took away from it. Many of you seem to think that the conversation failed because I arrogantly challenged Chomsky to a debate—probably because I was trying to steal some measure of his fame—and that I immediately found myself out of my depth. And when he devastated me with the evidence of my own intellectual misconduct, and my ignorance of history, and my blind faith in the goodness of the U.S. government, I complained about his being “mean” to me, and I ran away. Well, I must say, I find this view of the situation genuinely flabbergasting. Many of you seem to forget that I published the exchange—you must think I’m a total masochist, or just delusional. Now, I know that some of you think the latter. I heard from one person, I think it was on Twitter, who said, “Sam Harris reminds me of a little kid who thinks he’s playing a video game, and thinks he’s winning, but his controller isn’t actually plugged in.” I happen to love that metaphor. I’m just not so happy to have it applied to me. Anyone who thinks I’ve lost a debate here just doesn’t understand what I was trying to do or why, upon seeing that my attempt at dialogue was a total failure, I bailed out. I really was trying to have a productive conversation with Chomsky, and I encountered little more than contempt, false accusations, and highly moralizing language—accusing me of apologizing for atrocities—and weird evasions, and silly tricks. It was a horror show.

I concede that I made a few missteps: I should have dealt with Chomsky’s charges that I misrepresented him immediately and very directly. They are, in fact, tissue-thin. I did not misrepresent his views at all. I simply said that he had not thought about certain questions when I should have said he had thought about them badly. Those of you who have written to tell me that what I did to Chomsky is analogous to what has been done to me by people who actually lie about my views are just not interacting honestly with what happened here: I did not misrepresent Chomsky’s position on anything. And, insults aside, he was doing everything in his power to derail the conversation. The amazing thing is that highly moralizing accusations work for people who think they’re watching a debate. They convince most of the audience that where there’s smoke there must be fire. For instance, when Ben Affleck called me and Bill Maher “racist,” that was all he had to do to convince 50% of the audience. I’m sorry to say that it was the same with Chomsky.

I can’t tell you how many people I’ve heard from who think that he showed how ludicrous and unethical my concern about intentions was, for instance—he’s dealing in the “real world,” but all my talk about intentions was just a bizarre and useless bit of philosophizing. But think about that for a second: our legal system depends upon weighing intentions in precisely the way I describe. How else do we differentiate between premeditated murders, crimes of passion, manslaughter, criminal negligence, and terrible accidents for which no one is to blame?

Imagine your neighbor’s house burns down and yours with it—what the hell happened? What happened has a lot to do with your neighbor’s intentions. If he had a cooking fire that got out of control, that’s one thing. If he tried to burn down his own house to collect the insurance payment, that’s another. If he tried to burn down the whole neighborhood, because he just hates everyone, that’s another. Intentions matter because they contain all of the information about what your neighbor is likely to do next. There’s a spectrum of culpability here and intention is its very substance.

Chomsky seems to think that he has made a great moral discovery in this area and that not intending a harm can sometimes be morally worse than intending one. Now I’m pretty sure that I disagree, but I would have loved to discuss it. I wasn’t debating him about anything, I was trying to figure out what the man actually believes. It’s still not clear to me, because he appeared to be contradicting himself in our exchange. But in response to my questions and the thought experiments I was marshaling in an attempt to get to first principles, all I got back were insults.

But worse, many people seem to think that these insults were a sign of the man’s moral seriousness. Many seem to think that belligerence and an unwillingness to have a civil dialogue is a virtue in any encounter like this, and that simply vilifying one’s opponent as a moral monster, by merely declaring him to be one, is a clever thing to do.

Now, despite what every Chomsky fan seems to think, there was nowhere in that exchange where I signaled my unwillingness to acknowledge or to discuss specific crimes for which for the U.S. government might be responsible. The United States, and the West generally, has a history of colonialism, slavery, collusion with dictators, and of imposing its will on people all over the world. I have never denied this. But I’m now hearing from people who say things like, “well of course ISIS and al-Qaeda are terrible, but we’re just as bad, worse even, because we created them—literally. And through our selfishness and ineptitude, we created millions of other victims who sympathize with them for obvious reasons. We are, in every morally relevant sense, getting exactly what we deserve.”

This kind of masochism and misreading of both ourselves and of our enemies has become a kind of religious precept on the Left. I don’t think an inability to distinguish George Bush or Bill Clinton from Saddam Hussein or Hitler is philosophically or politically interesting, much less wise. And many people, most even, who are this morally confused consider Chomsky their patriarch—and I suspect that’s not an accident. But I wanted to talk to him to see if there was some way to build a bridge off of this island of masochism so that these sorts of people, who I’ve been hearing from for years, could cross over to something more reasonable. And it didn’t work out. The conversation, as I said, was a total failure. But I thought it was an instructive one.

So, I don’t know if that answers all of the questions I’m going to get about the Chomsky affair, but when I put out a call for an AMA later this week, forgive me for moving on to other topics, because I don’t think there’s much more to say on this one. But I’m going to keep trying to have conversations like this, because conversation is our only hope.